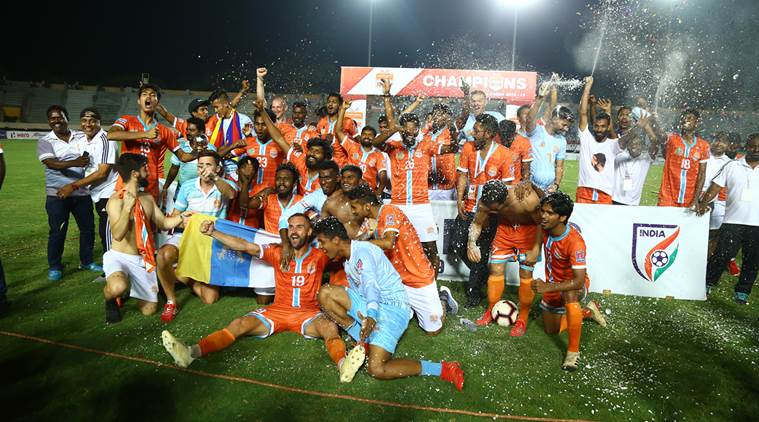 One more year gone. One more season of I-League is over, amidst uncertainty of its future. Chennai City FC became the new Champions. But before they play their final match and celebrate their title, there were news reports going round with quotes from I-League CEO Sunando Dhar saying this was the last ever season of I-League, from next season Indian Super League (ISL) will be the new top division of the country. Seems like AIFF has finally decided to put an end to the 5- year long two-league saga. No one knows how AIFF is going to do this. Will they merge I-League & ISL, or ISL will get expanded by adding only East Bengal & Mohun Bagan?

Before we get into this, let’s first take a look at how football ecosystem works and where I-League & ISL are placed in that context.

A league is one that takes care of ALL stakeholders, either big or small. One that is fair and just has a same level playing field for football clubs from all the regions. There needs to be a proper pipeline. A proper structure that can provide a pathway for any club from any part of country to one day make it to the top tier.

For now, I-League is the only national league in India which works on this principle. The 2nd Division league champions win promotion to top division every year. The team who finishes last in the top division is relegated to the 2nd Division. Though in last 2 years, the relegated teams got reinstated back for different reasons, they have never blocked the way for new 2nd division champions. These new clubs bring new pool of players & new fans from their localities. And these clubs has kept I-League alive and fresh despite facing all the odds.

While ISL is a franchise-based league. It works like many other leagues in India (IPL, PBL, PVL, PWL, ProKabaddi etc), where Highest bidders get to play. It doesn’t have promotion-relegation system.

It’s understandable, in other sports, we didn’t have club structure in place. But in football, we have had clubs playing in two divisions of the I-League. ISL was created as a separate tournament with new teams, outside of the existing league structure.

In 2014, @praful_patel reassured us that #ILeague will be the “League of India”, ISL was just a “booster dose” and that some ISL clubs were in talks to “progress to the I-League”. If lying and deception decided FIFA rankings, we’d be no.1 (on merit).

AFC report from last year, where it has clearly mentioned Chennaiyin FC (winner of ISL) as a National Knock-out Cup Champion.

ISL teams knew if they played in same league with other I-League clubs, they might not succeed. So they established their brands by playing in their own separate tournament. Good players moved to ISL because of better salaries. That was not a problem. But problem started when AIFF (under pressure from Reliance) began to treat I-League like a second-fiddle competition in spite of it being the top division. I-League matches got piss poor & irregular telecast. And Because of all the attention towards ISL in last 5 years, It has systematically drained the resources & sponsorships of small I-League clubs. It would never happen if all the I-League & ISL clubs were playing in the same league. Due to lack of clear roadmap for the future, Some I-League clubs pulled out, while many kept playing & kept producing good players & providing them to ISL.

Gradually, Reliance have taken full control over every activity of the national federation (AIFF). They now working as an agency, where if clubs pay them money, they get to play in the league & Reliance will arrange everything for them. They convinced Asian Football Confederation to give one AFC Cup slot to ISL. For that Reliance had to let go the full control over its teams, but still they have kept control over players & coaches recruitment & many other things via Football Sports Development Limited (FSDL), which is run by Reliance personnel. Last year, IMG exited from FSDL stating “IMG is focused on delivering services globally and it didn’t want to own the league.”

For a club to join the top flight, the FSDL have to approve it and if they reject it then that’s it. No other recourse. It’s all up to the whims and fancies of a single entity. There is no accountability.

Reliance want ISL as a top division. But ISL teams have 10 years contract with them which also includes ‘One City One Team’ rule, means exclusivity of a team over a particular city for 10 years. Though Reliance is now ready to include more teams, but they are asking hefty franchise-fees from the I-League clubs. Small budget I-League can’t afford that. And even if they afford, why would they give money to Reliance? They already are a top division clubs and most of them reach the top by winning promotion from the 2nd Division. If Reliance don’t change their stand, all the current I-League top division clubs (except EB & MB) may get forcefully demoted to the new 2nd Division. That is unfair in every aspect.

There is no guarantee they will open the league even after next 5 years.

Our national federation can’t do anything, they have sold all their rights to Reliance. Tired of all this, I-League Clubs have wrote a letter to AFC to intervene. I-League are ready to play with ISL teams in the same new league.

Perhaps, ISL teams are still afraid of the competition from these small I-League clubs.

If ISL becomes top division & if there won’t be promotion & relegation, top division teams will take their top division status for granted, while lower division clubs will be restricted to academic purpose only. What will be the motivation for these lower division clubs? What they would play for? Why people would support theses clubs knowing they won’t get promoted even if they win, only to see them playing in the same division again & again? Why any investor would invest in the lower division? It will not be a pyramid it is supposed to be. New Top Division (ISL) will remain a separate entity from the other two divisions. Same teams will keep playing against each other at top. Indian Football will become stagnant. Lower division clubs will eventually die due to lake of opportunities. If these clubs die, club football will die in India.

Think about the clubs from far outskirts of the country who are dreaming to reach the top & make it big one day. If ISL never ever open bidding from the cities where these clubs are operating in, They will never get a chance to play at top despite capable of beating top teams. What about their dreams?

League is about competition. And if small clubs can beat the big clubs with better facilities & players, they deserve their spot in the top division. Clubs who can’t compete will eventually get relegated at the end of the season. Big clubs can’t/ shouldn’t throw them out only because they are small.

If ISL wants to become top division, it must need to become inclusive for all. ISL teams must have to prove their superiority by playing in the same league with the I-League clubs. They can’t call themselves better by playing in a separate tournament.

Recently, Sunil Chhetri & Bhaichung Bhutia have come in support of the small clubs & put a weight on the need to continue pro/rel.

In a country obsessed with franchise-based leagues, the I-League was the only relief.

Now when ISL is all set to become the new top division, it remains to be seen whether it will adopt the I-League philosophy or it will remain that same boring closed league.