I still remember that goal to this day.  As the minutes ticked away towards the end of a thrilling match, Newcastle were awarded an opportunistic free kick on the right hand side. Barton hovered over the ball as Coloccini, Nolan and others jostled for good positions in the Arsenal box with their markers close at hand. The free kick was unsurprisingly tame; floated in speculatively before being headed away with ease. It sat in the air for what seemed like an eternity as Chieck Tiote made moves towards its downward path. Just knock it back into the mix Chieck was what most fans were thinking but the midfielder had other plans. He connected with the ball brilliantly and before Arsenal could react, the ball flew past Szczesny and into the net. 4-4!! What a comeback. Newcastle had pulled off the comeback of all comebacks. From 4-0 down at half time to level the game in such a fashion is why many consider that match one of the best the league has seen. Tiote’s goal was magical like the player himself which makes his death so much harder to take.

Newcastle were full of characters and leaders at the time of the game with Nolan and Barton in particular big voices in that changing room. But it was Tiote who grab that match by the scruff of its neck and shook it violently into submission. His battling spirit and crunching tackles made him a firm favourite with the Newcastle faithful who will remember him for all that he contributed to the club during his seven-year stay.

Tiote arrived in England following an impressive spell in Holland with FC Twente. A fee of £3.5million was been agreed for the player and in August 2010 he pulled on the black and white striped Newcastle jersey. By that point he was already an international player having made his debut for Ivory Coast the year previous. Tiote would play a key role for his country over the next five years as he amassed 52 caps, not an easy thing to do in a star-studded team like that. His career in the north-east of England was just as fruitful with the player a mainstay in the Newcastle side for the majority of his time there. Injury prevented more appearances for the club but it never seemed to bother Cheick who former boss Steve McLaren (who managed him at FC Twente and Newcastle) described as “always having a smile on his face”. Another former boss Alan Pardew referred to him as a giant and a dream player to have in your squad. Fitting words for a player who meant so much to the club he gave his all for.

Selling Tiote was a hard choice for Rafa Benitez but one he felt made sense both for the club and for the player. A move to China could provide the player with a consistent run out as well as a massively increased pay packet to boot. Tiote could have gone to Russia or Turkey and had his options but the money in China could set his family up for life. Family to Cheick was everything so China was simply too good to turn down. He may have only spent a short time in the Far East at his new side Beijing Enterprises but he had already won over the fans in the handful of games that he played for the club.

In football there are different types of players from the adventurous wingback who loves nothing more than running down the byline or six yard box strikers to seize on scraps thrown their way. But the type I like the most are the workhorses, the grafters who battle for the ball in the middle that break up the play, turning defence into attack. Chieck Tiote was very much a work horse, a  central figure in the Newcastle side whose job was not to be fancy but instead to hassle and harass the opposition midfield. It’s a job he did brilliantly. Much like a pit bull clambering to get its jaws around a juicy bone, Tiote never gave up until he got his prize. That’s the type of player he was. 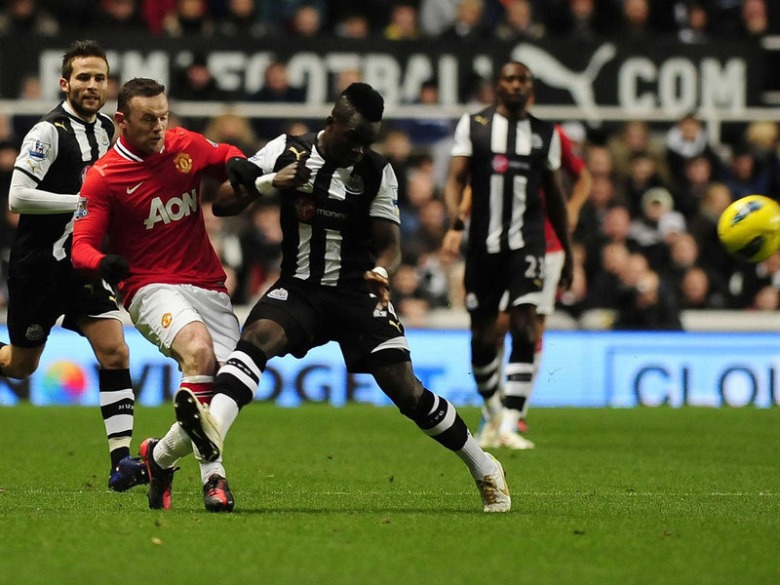 Over a seven years period with Newcastle he would make 141 appearances for the club but only score one goal – that strike against Arsenal. Clips of that strike are now doing the rounds on Twitter and various sports websites as fans pay homage to Tiote. But look beyond that game to the other clips that show Tiote at his best – hunting down opponents, biting at their ankles continuously until eventually exhausted they release the ball. He was more than just that goal, he was a fantastic player who will be sadly missed by all those who played with him and all of those who watched him play. Tiote was 30 years old.