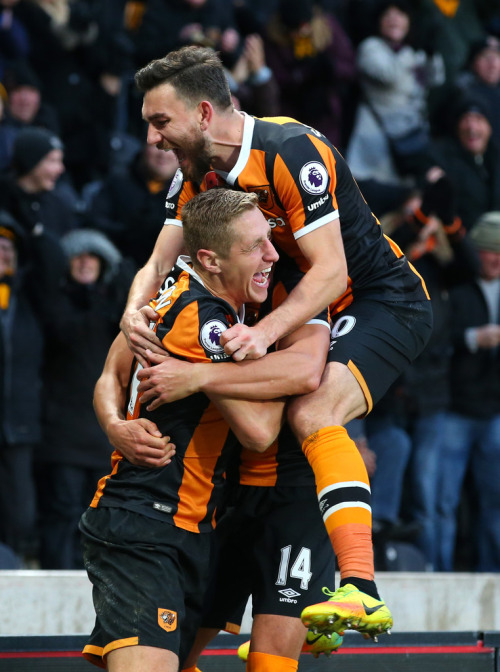 Hull City are right in the middle of a battle to stay in the Premier League and ultimately do not want to get relegated back down to the Championship. They currently sit in 19th place, winning only four games all season and are only one point above bottom placed Sunderland, so you would think that they want to keep their best players in order to stay in the league. Well it doesn’t look like that.
They recently sold their best central midfielder Jake Livermore to West Brom for £10m. Their head coach Marco Silva said to Sky Sports News “It was important to get the funds”. However so far they have not really done anything with those funds, if they want the funds to buy new players to boost their survival hopes you would think that they would spend it to replace Livermore, but they haven’t. Yes they have bought in a couple of players on loan, but no one to fill Livermore’s position. You would have thought that central midfield would have been the first position they would have got someone in. They are more focusing on attacking players, such as Markovic and Niasse, but they need to stop conceding goals as well as trying to score more. It does not seem like a good move to sell arguably your best player when you are fighting for survival.
Hull are also on the brink of selling winger Robert Snodgrass as they have accepted bids from West Ham and Burnley in the region of £10m. He has been vital for Hull and has been their stand out player so far, which is why so many clubs have been eyeing him up.  With Hull activating a clause in Snodgrass’s contract to keep him at the club until 2018, they don’t need to sell him at this point in the season, especially with him being their biggest hope of survival. It just all seems a bit confusing when they are fighting to stay in the Premier League. Snodgrass is Hulls top goal scorer at the moment with nine goals and is definitely Hulls biggest attacking threat through crosses and scoring goals.
One very good move by Hull is attempting to sign Genks Leon Bailey who has shone in the Belgian League and has attracted interest from a string of top European clubs. So if Hull were able to sign him then it could be a huge boost for them, especially with the likes of Livermore and now potentially Snodgrass leaving. Hull have a huge challenge on their hands and we will see if they manage to conquer that challenge or if it will just fall beneath their feet.
Post by Luke Calver ( https://setpiecestories.wordpress.com/ ) @SetPieceStories
Do you disagree? Will Hull survive? Share your thoughts now on Facebook , Twitter or Instagram