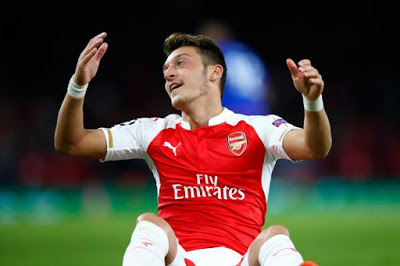 Arsenal have had an impressive run of form throughout their past five games, boasting an impressive, mini-unbeaten run. After dismantling their long-term London rivals Chelsea and securing a comfortable second place in their Champions League group after a win against Basel, it was time for them to refocus their attention on their league campaign, to ensure that they didn’t drop valuable points and allow their rivals to proceed ahead in their respective title challenges. Burnley, in this effect, seemed to be the perfect fixture.

The odds were always stacked against Burnley. Arsenal’s front line was in form (they scored 11 in their last 5 games) and preventing them from scoring seemed to be a herculean task for the newly-promoted minnows. However, Sean Dyche did have a few tricks up his sleeve. He made his team fight until the very last minute. It was a very commendable effort from their side, who managed to show their defensive “prowess” for the majority of the game, to prove, once again, why their record of conceding at home is one of the best in the Premier League

It wasn’t too difficult for Wenger to predict that Sean Dyche would ask his players to play an extremely defensive game.  Therefore, he planned to counter their deep-lying playing style by overloading the front two lines. Not only does this increase the number of options that his team would have offensively, it also increases the amount of space and time that his deep-lying playmakers, namely Cazorla and Xhaka, would have on the ball. Hence, they could maintain possession safely, while being presented with a multitude of attacking options. Technically, it worked. By the end of the game, Arsenal had 63.7% possession, and most of the active passing combinations in the game involved Cazorla and Xhaka.

Wenger’s plan to overload the forward lines was complimented by the pace and attacking mentality of the likes of Bellerin and Monreal. They constantly bombed up the pitch, often leaving Koscielny and Mustafi exposed to fend for themselves. Meanwhile, Sanchez, playing in his newfound false nine role, dropped between the lines, looking for passes, trying to set up his teammates and pick up a few chances for himself. Özil looked to play in an advanced playmaker role, which allowed him to use his sublime dribbling and passing in tandem to create chances for his teammates. Meanwhile, Iwobi drifted inwards from his left-wing position to play as a deep-lying midfielder, in order to counteract the sudden influx of attacking play. His pace was used to shut down the possibility of a counter-attack.

Therefore, throughout the course of the game. Arsenal’s formation resembled a 4-4-2. 4-2-3-1, 4-2-4 or a 2-4-3-1. What originally started out as a balanced formation ended up becoming more and more attacking as time progressed, and as Arsenal became more and more desperate for the win, we could see the attacking mindset of the players overriding their sense of caution. It was interesting to see the players effectively released of their defensive burdens. Arsenal’s all-out attack is an extremely powerful force to be reckoned with, and Burnley did exceptionally well to prevent them from having too many goalscoring chances.

Burnley had a brilliant defensive game, but in reality, they were given a helping hand by the comparatively poor technical performance of the Arsenal players. Arsenal inefficiently gave the ball away in places that we didn’t expect them to- sometimes, Ozil failed to control a ball properly, passes weren’t made at the right time, Iwobi was faltering on the flank for the first half, the list of discrepancies in their play goes on and on, even extending to their defending.

Throughout the course of the game, Arsenal struggled to deal with passes that were played directly through the lines of their defence. This is where Cazorla and Xhaka are lacking – defensive expertise. Only Francis Coquelin is well-equipped to deal with dangerous attacking play in the current Arsenal squad. His over-the-top aggression, timing in his tackles and tough personality make him a real force to be reckoned with. This, once again, brings out the Wenger dilemma.

It is very difficult to him to choose his midfield players, because they all specialize in their various aspects of the game. It’s nearly impossible for him to pick out three midfielders without missing out one thing or the other. For example, picking Coquelin over Cazorla means that you automatically lose a deep-lying playmaker, which, again, is one aspect of the game that Coquelin has failed to develop on for the most part of his career.  Wenger’s midfield is a real, dangerous concoction, and many a time, can act as a double edged sword. His setups are intriguing, and Coquelin’s recent return gives him yet another dimension to his dynamic set of players. 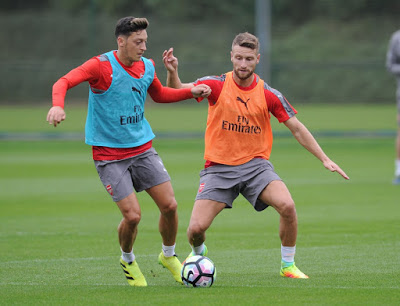 In my opinion, the standout player on the pitch during the entirety of the match was Wenger’s new signing, Mustafi. His ferocity and willingness to get stuck in blended perfectly with the ideologies of Koscielny, which, in turn, allowed the full backs to bomb forward with confidence. He has perfectly adjusted to the English game, boasting an impressive 82% passing completion rate, and 8/11 successful take-ons. The future looks bright for the young German.

Burnley were playing the Mourinho way – classic counterattacking after defending deep. However, they only managed to pull off one part of their strategy effectively. In my opinion, the game became a bit stale after they decided to ditch the attacking. The game’s intensity and entertainment levels would have been amplified intensely if they managed to start attacking when they got on the ball, rather than just hoofing it upfield. However, playing it safe is a game plan that I can respect. Some may feel that their defending was atrocious, pathetic, or cowardly, but, on the other hand, it was also extremely effective. After all, who can blame them? Burnley need to capitalize on their good start to their season in the top flight, and if this is the way that they plan on playing against the top teams, well then, so be it.

They defended by parking the bus with two lines of players in front of goal – with the first line containing five defenders, and the second line with four midfielders. By effectively cutting out the passing lanes and reducing the space for the Arsenal offense to operate in, they made them play the ball backward, or sideways. They used their knowledge of space effectively, to put a lid on the multitude of creative minds in their opposition’s team. For example, the lack of space in advanced positions prevented Ozil from finding good runs, while also preventing him from making chances of his own. At the corner, Arsenal also found themselves mismatched in terms of physical ability. Corners were the main sources of most of Burnley’s chances, and their lack of goals in this match had to be put down to poor finishing and great goalkeeping.

To summarize – Burnley were like a dam. They contained Arsenal’s powerful outburst of attacking play, yet, unfortunately, failed to see the game out through conceding a late header. Arsenal, on the other hand, need to count their lucky stars. They were not playing at full capacity. Once again, Wenger needs to take advantage of the international break, using it to rest his players from the hardships of the Premier League, in order to ensure that he can play for a title. He’s made good progress, but he needs to ensure that his team don’t falter like they did last season.