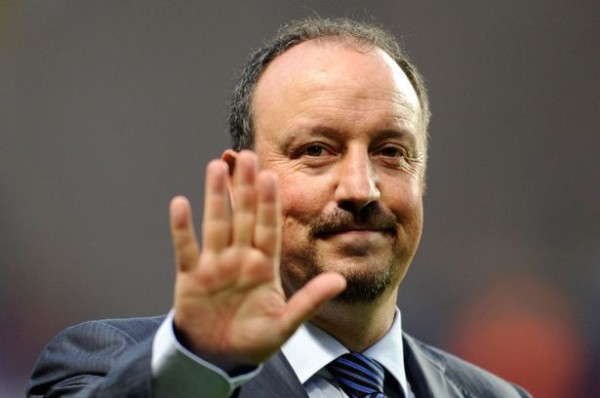 It may have taken slightly longer than most fans had hoped for but eventually Newcastle got their man. Rafa Benitez arrival in the North East as the new manager of Newcastle United Football Club ends what has been a disasterous last nine months under Steve McClaren. Like falling pregnant only to give birth to a ginger baby, McClaren has been a huge disappointed to everyone involved and it’s probably for the best that his time as head coach has finally come to an end. The bumbling former England manager clearly left his tactical knowledge behind in the Derby changing room last summer but did manage to find a copy of 101 best excuses ranging from “we were unlucky” to “we didn’t get the bounce of the ball” to his personal favourite “Judge me after ten games…Actually make that twenty…did i say twenty, I meant thirty”. 28 games played, only six wins and in real threat of relegation something had to give at St James Park so McClaren makes his exit out the back door, brolly under his arm as Rafa waltzes in the front on his white steed.

Calling him the messiah is fairly premature as he could in theory turn out to be yet another managerial mistake with Newcastle being relegated at the end of the season. But a coup he is given the past chorus line of abject failures to have sat in the so called managers chair. McClaren, Carver, Kinnear and Shearer all spring to mind although it’s hard to slate the latter given that he is club royality thanks to his exploits on the pitch rather than on the side of it. Rafa though arrives with a formidable reputation. Afterall only six months ago he was the boss of the second biggest team in Spain, the mighty Real Madrid. Sunderland fans will be quick to point out that he was sacked from that job after only six months in charge but to be fair to the guy, most smart people in football know that he was made a scapegoat for president Florentino Perez who simply wanted to make his creepy infatuation of Zinedine Zidane public.

Rafa’s reputation is that of a winner – titles with Valencia and European/World Club trophies with Liverpool, Inter and Chelsea all point to such. But Newcastle could be his biggest challenge to date. Can he become the man who finally awakes the sleeping giant of English football. Sleeping in the sense of Snow White, more out cold than merely dozing. Not since Kevin Keegan in 1995 and later under Sir Bobby in 2001 have Newcastle looked like genuine competitors in the league. Yes once under Alan Pardew as well but given that his current Crystal Palace side are now in free fall after a stellar start to his reign there it appears as though a pattern is developing, one that rises then falls spectacularly as talk of him as the next England boss feeds his ego. Benitez will know about the challenges Newcastle face having managed against them previously for Liverpool then Chelsea but can he correct this seasons mess and save them from relegation?

First and foremost he needs to quickly install confidence and belief into a side so drained of it that most of the players on the pitch look like extras from the Walking Dead. Bizarrely Newcastle have a semi decent squad especially compared to the ones around them. There isn’t anyone at the club tweeting pictures of expensive cars after heavy defeats or spending their spare time researching the UK age of consent before ignoring it. Collectively they are a good group, just badly managed for some time now. Secondly he needs to sort out the defence or at least construct a formation that protects Newcastle’s below par back line. He will have to show his players that there is another formation other than 4-2-3-1 (see jab at McClaren earlier) and that teamwork not individual brilliance will get them out of this mess. Finally he needs to inspire his better players like Wijnaldum, Colback and Sissoko to make themselves more prominent in games. Wijnaldum has been good since his arrival in the summer but fans are beginning to wonder what happens when he plays in away games given his influence on the play drops dramatically. As for Sissoko, Benitez has one job – instruct him that he has nine games left to play for the club and if he gives them his all then he will get the transfer he has pined for over the past two seasons. The truth is Sissoko is a great player, arguably the clubs best but he has no desire to be in the North East anymore and perhaps should have been sold  years ago when the original interest in him peaked. Up front Benitez will look to find a way to get goals out of Mitrovic, Perez and Doumbia whilst hoping that the midfield can chip in their fair share as well. Not an easy task but necessity if they are to survive.

There is just one real measurement of success needed to gauge how the Spaniard gets on. Surviving relegation is the only thing that matters. If he can do that, he can reshape the squad all he likes in the summer (within limitations of course as this is Newcastle after all) and plan for a better campaign next year. Failure however will likely trigger a release in his contract and send Newcastle into a downward spiral of depression and anti anxiety medicines as they face up to life once again in the Championship. Expect McClaren to resurface at that point and try to convince the media that it wasn’t his fault. Owner Mike Ashley will likely retort by trying to win over the fans with another promise of silverware before hiring his next manager from the pages of his 1992 Panini Premier League sticker book (the return of Mike Walker to management perhaps?). The biggest concern should be that relegation this season doesn’t necessarily mean a return the following year. The Championship has moved on since Newcastle were last there with any of the 24 teams capable of gaining promotion in any given season. Ok maybe not Charlton or Bolton but still you get the point. Without Benitez and with Ashley selling the clubs best players like one of his dodgy Sports Direct Velcro lined track suits, Newcastle could spend several years in the lower league wilderness. The only plus side perhaps is that Aston Villa will be there to keep them company season after season. Relegation would be disastrous for Newcastle right now which is why Rafa needs to get it right. He doesn’t have to be the messiah as long as he isn’t just another naughty boy.