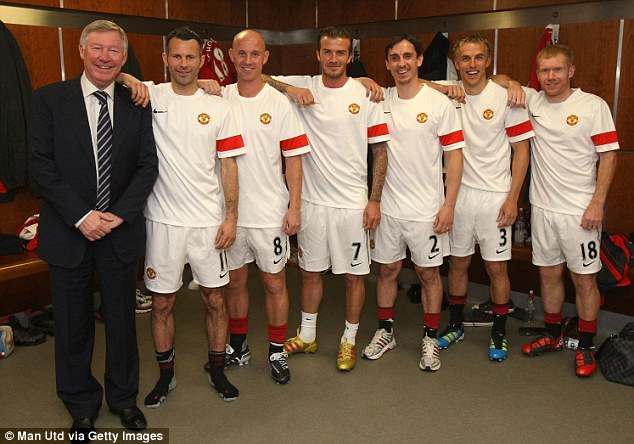 Once the linchpin of the Manchester United setup, the clubs youth academy has seen better days and is in much need of a revamp. Having gained recognition for bringing through the class of ’92 which included both Neville brothers, Gary and Phil, Paul Scholes, Nicky Butt, Ryan Giggs and David Beckham, United are now failing to produce the stars of tomorrow and the youth setup is getting the blame. Since ’92, only a handful of players have emerged (Darren Fletcher, Jonny Evans and Danny Welbeck, Jesse Lingard being the most recognizable) leading to calls to completely revamp the setup. Making matters worse is that several other clubs in the surrounding areas are now jumping ahead of United to sign up the best young talent in the region. Liverpool and Everton have both established promising connections with local youth sides in Manchester and are attracting players to join their youth setups with the promise of a quicker route to first team football. In addition, arch rivals Manchester City have also stepping up their youth development program with significant investment in their infrastructure, which is going along way in impressing kids to pick them ahead of United.

The writing unfortunately has been on the wall for some time now. Early indications that something was amiss came towards the end of Sir Alex Ferguson’s reign when then current players Darren Fletcher, Phil Neville and Robin van Persie chose to place their kids in Manchester City’s youth development scheme rather into United’s. But now the situation has worsened with key staff members and former players voicing their concerns about the failing state of the clubs academy. Reports surfacing from the club suggest that Derek Langley, the clubs head of youth development will quit the club at the end of the season after becoming disillusioned by going-ons at the Manchester United. Langely, who has been part of the United backroom team for the last 16 years has clashed on several occasions with club secretary John Alexander and Academy chief John Murtagh since they arrived in the summer, replacing Brian McClair. One of the key concerns Langley has is that the club has placed restrictions on him when it comes to youth recruitment making his job even harder. Added into this, the club’s decision to open the check book and buy from abroad rather than promote from within has meant that Langley’s job has become some what redundant.

For a club with a rich history of blooding youngsters into their first team, it’s a troubling time for all concerned. Over the past five years there have been some promotions from the youth teams into the first team (Tom Cleverly, James Wilson, Tyler Blackett etc.) but all have either been sold or shipped out on loan after finding it too tough to break into the starting eleven. However the volume of players coming through is low in comparison to some other Premier League sides like Everton, Tottenham or West Ham. United are falling behind badly and unless changes are made quickly to the approach and the philosophy, the club could face an uncertain future where the only recourse they have would be to buy new players for the first team. At the heart of the problem is chief executive Ed Woodward who has taken little interest in youth development, preferring instead to focus on marquee signings and raising his own profile at the club. It is this neglect that is leading to a crumbling of the academy’s foundations to a point were its has fallen into disrepair and a complete restart may be needed.

If United are to change it focus, they will need to do it fast. As mentioned before, their nearest rivals have already stolen a march and are operating far superior training facilities and youth development academies than United is. It will take a serious investment by the clubs owners to bring it up to par again and more importantly the long-term vision to see it through. The benefits however could outweigh the original outlay especially if they can bring through another class of 92. Those close to the club are hoping this is the case and that they will be heard but as yet their pleads have fallen on deaf ears. Only time will tell if united will correct its ways and once again reinvest in the youth development that has worked so well for them in the past.