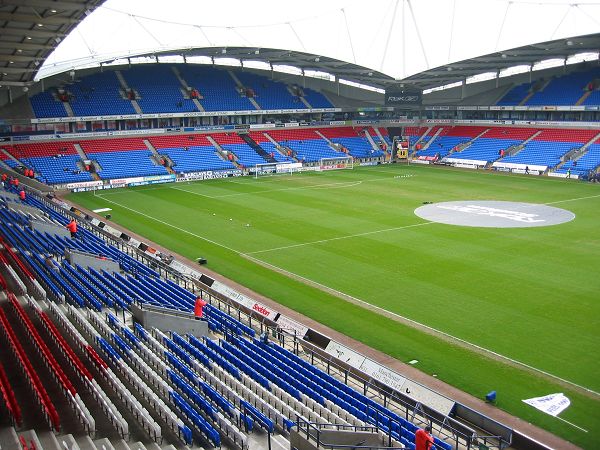 The clouds have been lingering over Bolton Football Club for some time now but they are getting darker by the day. The struggling Championship side’s future looks bleak after the UK Revenue and Customs agency, HMRC issued the club with a winding up petition for failure to pay their outstanding PAYE taxes of around £600,000. Despite pleading for more time to raise the money needed to pay the tax bill, the HMRC has moved ahead with the petition (a standard practice used by the agency to force payment) which will be heard  in court on January 18th. Bolton have employed insolvency practitioner Trevor Birch as an adviser to the board with the task of keeping the club trading and avoiding falling into administration. His task is not an easy one as raising the capital needed to pay off the tax bill is one thing but finding someone who can help to keep the clubs lights on long term basis at the debt ridden club (currently at £172.9m) is a whole new ball game.

Falling into administration would put the final nail into Bolton’s chances of remaining as a Championship club with the side automatically deducted twelve points by the Football League for doing so. Currently sitting bottom of the league with only twelve points to their name, it has been a hard start to the new season for Neil Lennon’s side. Whilst the former Celtic manager has tried in vain to insist that his players are not affected, the off field drama surrounding the club has influenced on field performances. Morale is at an all time low which wasn’t helped by the fact that the players weren’t paid in November due to the financial troubles. Planning for the future has been tough too with uncertainty over the clubs long term health. Lennon was unable to really strengthen his squad in the summer apart from a few free transfers and loan moves. With the financial situation worsening Lennon is unlikely going to add anyone to his squad in the January window and may even need to sell some of the clubs best players like Zach Clough and Max Clayton further reducing their chances of survival. The sad truth is that Lennon is paying for the mistakes made in the past by the club who lived well beyond their means paying large wages during their stay in the Premiership in the late 2000’s only to have everything crash back down to earth when they were relegated in 2012.

There is some good news however on the horizon. The debt that Bolton current holds is in the form of loans owed to its current owner Eddie Davies. Whilst Davies who runs the club through one of his companies Burden Leisure PLC is keen to sell Bolton after a period of 12 years as owner, he has agreed to write off the loans in a bid to ease the takeover process. Its an incredible gesture by Davies who has faced some unfair criticism over the years with several people stating that the owner was taking money out of the club during his tenure. Even if that is the case, it is highly unlikely that those amounts come close to the money he has pumped into it in an attempt to keep the side competitive. Any new potential owner would be purchasing the club and all of the assets connected to it that Davies has built over the years including the magnificent Macron Stadium, training ground, youth academy and hotel. So far there has been only a few interested parties but now two former players have entered the race to save the club from going under. Former striker Dean Holdsworth’s company Sports Shield has confirmed their interest whilst another US based consortium group led by former midfielder Stelios Giannakopoulos is also in the hunt.

As yet no formal bids or talks have occurred but with the HMRC now breathing heavily down the club’s neck and the January court date fast approaching, Birch and the Bolton board may end up having to double their efforts over the festive period in order to avoid the worst case scenario of administration becoming a reality. This process is never an easy one and whilst there is confirmed interest from two groups, it doesn’t necessarily mean that a saviour has been found as Glasgow Rangers and several other clubs have found out in recent years. If no buyer can be found and the wind up order pushes ahead, forcing the club into administration and potentially liquidation, it could spell the end of Bolton Football Club all together erasing over 141 years of history in one fell swoop. That would indeed be a dark day for English football.