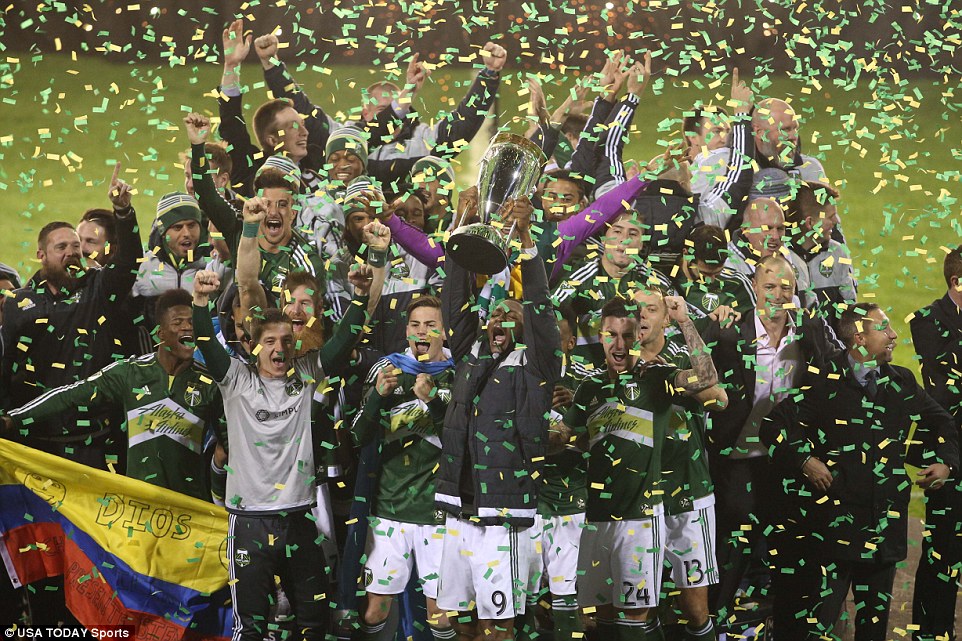 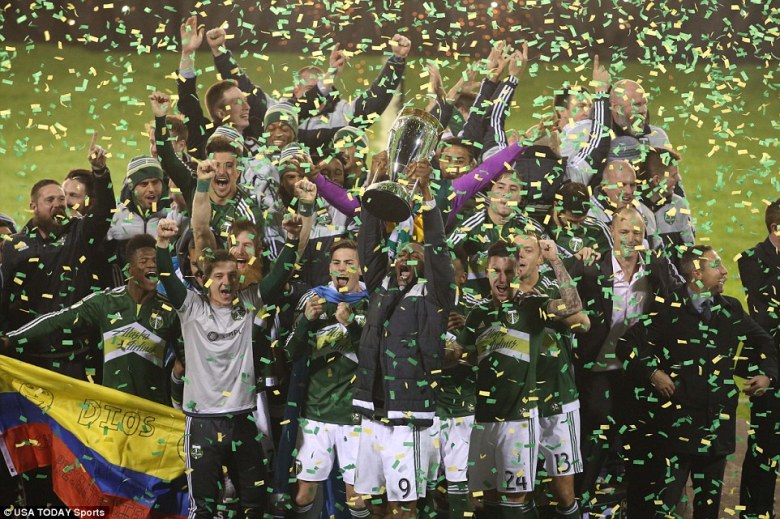 In its inaugural year in 1996, the MLS Cup was contested by two of the leagues most glamorous teams. In the red corner was D.C. United led by US captain John Harkes and featuring Bolivian legend Marco Etcheverry. In the blue corner stood Los Angeles Galaxy who like DC had their own stars, namely eccentric Mexican goalkeeper Jorge Campos and US winger Cobi Jones. In a nail biting match at the Foxboro Stadium in Massachusetts, D.C. United would eventually walk away with the cup after a 3-2 win that had all the excitement that a cup should have. Fast forward 20 years to this seasons MLS cup and glamour was never really on the cards. The game would be contested by two of the leagues more rugged sides, Portland Timbers and Columbus Crew SC. Both teams have a distinct lack of flair players (case in point that Portland’s designated player is former Villa defender Liam Ridgewell) but are known in the league as tough competitors who grind out results with little thought of entertainment. Despite this being the showcase for the MLS season with a record breaking TV audience tuning in, the 20th MLS Cup proved to be a disappointing spectacle.

Whilst the at home audience landed just north of 400 million globally highlighting the growing appeal of the league, in the stadium it was a different story with only 21,747 attending in person. Partial to blame for this was the selection of the Mapfre stadium in Ohio by Major League Soccer in the first place. Besides the fact that it is the home ground of Columbus Crew to start with (it was impossible however for the league to know that Columbus would make the final), it is also the sixth smallest ground in the league.  With an abundance of stadiums to choose from surely the pinnacle of the MLS season should have been played in a larger venue in front of a packed sell out crowd north of 50,000? It has been done before, three times in fact with the largest attendance being 61,316 for the LA Galaxy vs New England game in 2002. With an ambition to grow around the world and demonstrate the popularity of the sport in the US, does a crowd the same size as some English League One games really help the MLS to showcase this in its fullest?

Despite the limited number of seats, the fans of the two teams were set to make the most of the occasion with the Timber Army, Potland’s travelling fans making most of the noise. Portland were looking to win their first ever MLS Cup but entered the match as slight underdogs to Columbus who were looking to add to their 2008 cup win. The nerves were obvious as both sides made their way onto the pitch knowing that the first goal would be incredibly important. But few would have predicted that it would only take 27 seconds before one side found the back of the net. It was Portland who struck first thanks in part to some horror goalkeeping by Columbus stopper Michael Parkhurst who failed to deal with a heavy hit back pass and paid the price when Portland striker Diego Valeri slid in to challenge the goalkeeper and bundle the ball into an empty net. Things went from bad to worse only minutes later when Costa Rican winger Rodney Wallace connected with Lucas Melano cross to head home from close range.  If the game wasn’t scrappy up until this point, it got more so as the match progressed. 18 minutes into the game, Columbus pulled one back in ridiculous fashion. Harrison Afful’s cross into the box was not dealt with properly by Ridgewell and then by Adam Kwarasey in the Portland goal who flapped wildly at it as if it was a bothersome fly in his face. What followed was a scramble for the ball which eventually Kei Kamara took control of before hammering it into the net.

Over the remaining 70 minutes, both teams had chances but the quality of finishing was not there and Portland held on to lift their first ever MLS Cup. As a cup final it was anything but pretty with both teams failing to really show how they managed to get there in the first place. As a showpiece for US soccer and for the MLS, the final probably didn’t help in its efforts to demonstrate just how far the league has come in 20 years. Watching the game yesterday, many fans would have been forgiven for switching off their TV’s, loading up YouTube and watching the highlights of the first MLS Cup instead. At least that game had some good football on show.