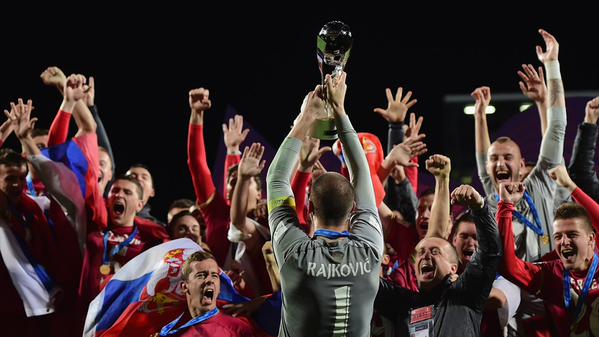 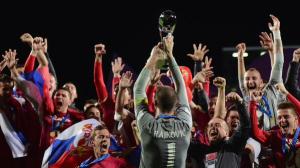 With the majority of media coverage focused on the Copa America, Women’s World Cup and Under 21 European Championships, its understandable that few people really knew that the Under 20 World Cup was happening this month in New Zealand. In what had been a fairly unremarkable tournament, the final between surprise side Serbia and Brazil was anything but. In a thrilling encounter, Serbia secured a memorable late win over their South American rivals etching a new chapter in their short but colorful history. Serbia who were debutants to the tournament performed like champions in front of the sold out 25,000 seater North Harbour Stadium in Auckland. The Balkan peninsula took a 70th minute lead through striker Stanisa Mandic who brushed home a Nemanja Maksimovic cross from four yards out. Brazil who had dominated the game stepped up a gear and piled more pressure on Serbia but were unable to find a way through. It was going to take a moment of brilliance from one of their players and that is exactly what they got. Manchester United midfielder Andreas Pereira had only been on the pitch less than seven minutes when he picked up the ball wide on the left. After evading the challenges of Zivkovic and Maksimovic, Pereira surged into the box with right back Milan Gajic in pursuit. Pulling the ball back inside, he lost Gajic before drilling a low shot past Predrag Rajkovic to tie the game.

But it would be Serbia who had the last laugh when deep into extra time Maksimovic ran on to a through pass from Zivkovic which split the Brazilian defence wide open. With two defenders racing on to him, Maksimovic only had time to take a few touches before looking up and coolly slotting the ball past the diving Jean in the Brazil goal. Chaotic scenes followed with the Serbia bench running onto the pitch to celebrate whilst the Brazilian team sank to its collective knees. After the match, Serbia’s head coach Veljko Paunovic spoke warmly about his giant killers by insisting that the team unity was the key reason behind their success in the tournament.

“Were we lucky? Yes, we were lucky. But you have to deserve your luck and we worked extremely hard. We are a team that plays as one and, in the end, I think the team that wanted most to win this trophy has won it, It will give us confidence for the future but we must continue building, and rebuilding, our football and our society.”

Paunovic was right. His Serbian team had entered the tournament as rank underdogs but emerged as champions by playing together. There are no pre Madonnas in this team, only grafters who were willing to fight tooth and nail for each other. After defeat in their first group match to Uruguay, Serbia could have crumbled but instead they rallied to beat surprise outfit Mali (who finished third overall after beating Senegal in the third place playoff match earlier in the day) in their second match. A convincing 2-0 win over Mexico propelled them into the knockout stage and a match against Hungary. Again that never say die attitude that epitomised this Serbia team rang true. Despite being a goal behind going into the closing moments of the match, Serbia once again pulled themselves level through a strike from substitute Ivan Saponjic. Seconds later they would be reduced to ten men with the dismissal of Gajic but that would not deter Serbia who dominated in extra time, finally making the break through with two minutes to go sending them into the quarter finals. In their next match, they faced a tricky game against an ever improving USA who had dispatched Colombia in the last round. The match would be a stalemate and eventually be settled by penalties with Serbia goalkeeper and captain Predrag Rajkovic saving the decisive penalty.

Serbia did expect to meet Germany in the semi finals but Mali had different ideas by knocking out one of the tournament favourites on penalties.  Like in the round of 16 and the Quarter finals, the semi final between Serbia and Mali would go all the way into extra time after Youssouf Kone’s strike cancelled out Zivkovic’s fourth minute drive. Once again it was the substitutions and tactical alterations by Paunovic that changed the game in Serbia’s favour. Ivan Saponjic netted a memorable goal that was enough to win the match and send Serbia into the final against favourites Brazil. The rest they say is history.