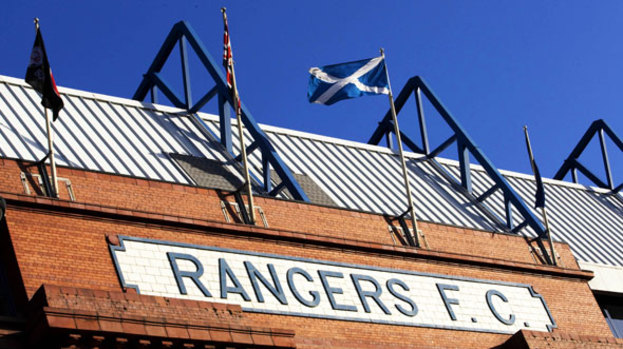 In the end it only took just over 13 minutes for Dave King to gain full control of Rangers at the clubs EGM but for the Rangers fans it has been a long time coming. The South African based businessman who is a majority shareholder in the club called an extraordinary general meeting in an attempt to finally end the mismanagement of Rangers by several individuals on the board. At the EGM held earlier today, King was looking for the immediate removal of the four current board members – James Easdale, David Somers, Derek Llambias and Barry Leach and the subsequent appointment of himself, Paul Murray and former Tennents boss Jim Gilligan onto a new look board. In the weeks running up to the meeting, King’s chances were handed boost after boost with two of the four current directors – Easdale and Somers stepping down in advance, the clubs bumbling appointed nomad WH Ireland resigning and several influential shareholders throwing their support behind him or one of the various fan groups. It may have only taken 13 short minutes for acting chair Andrew Dickson to wrap up the vote but the result was a resounding yes for change with each of the resolutions receiving an 85% in favour of it being approved.

Now that King has control, albeit in a non executive function until he has gained SFA and Stock market approval as a fit and proper person, the work can now begin in rebuilding Rangers but the volume of tasks on his to do list is staggering. With the help of Murray and Gilligan, King will need to focus his attention on five pressing matters that require resolution quickly if he is to succeed in rebuilding the club he loves.

To remain on the stock exchange, Rangers need to appoint a Nomad to act on their behalf following the resignation of WH Ireland. The club has 30 days to do so or faces delisting from the Alternative Investment Market. Failure to do so could make raising capital harder a with a length process required to become listed again. King is confident that he already has a nomad in place so an announcement on this front should be made in due course over the next few weeks. One thing that is certain is that WH Ireland will not be partaking in the usual handover of responsibilities to the new nomad after the quit before the general meeting. King however is likely to prefer it this way as his faith in the appointed person at the firm, Paul Shackleton was clearly gone even before King called the EGM.

Appointing further members to the board

After appointing a new Nomad, up next will be strengthening the board with potentially two to three new faces at a minimum being added. There is a strong possibility that one or two of the spots could be filled by the so called Three bears – George Letham, George Taylor and Douglas Park. Their support of King and has quest for change will not have gone unnoticed and as primary shareholders and established businessmen, their appointments would be widely welcomed by all involved. Another set of investors who will likely seal a seat if not two on the board is the fan groups of Rangers First and the Rangers Supporters Trust. Both sets of fans have been instrumental in King’s win by collectively rallying behind him and gathering crucial proxy votes from the clubs fans. An appointment of a fan representative to the board will aid King in his quest to hand back the club to the fans and restore a culture of transparency and honesty, something that has been sadly lacking in recent years. Further appointments could be made as the club moves forward with various established business figures already being touted as potential members. But for now Rangers will likely operate with a smaller board in order to remain agile and able to get things done quickly.

Next on the agenda is what to do with Mike Ashley and his agreements that he has with Rangers struck during the last tainted regime. Ashley, with 9% ownership of Rangers has weaseled his way into Rangers first from a commercial prospective with an astonishing Sports Direct deal that will likely be problematic for King to exit from and secondly from an asset prospective by handing the club two £5million loans with rights to appoint two board members and various rights for Rangers assets. Whilst the second £5million has not yet been drawn down, or at least has not been confirmed by the club as such, the first loan is still very much alive. King could repay the loan and rid himself of the headache but he could also look to strike a deal with Ashley given the Newcastle owners considerable wealth. King is no fool and understands that the club needs capital and quickly to remain in business so burning bridges with a billionaire may not be the smartest move.

Regardless of how King handles Ashley, Rangers need to raise funds to not only stay in business but eventually to start to restore the club to a point where it can be competitive again. King has already stated that he is willing to put his own money in but will not be the only person doing so. Ashley could provide further funding but having already secured the commercial rights and with King having no intention of using the clubs assets or board seats as a carrot, it is hard to see what is in it for the Sports Direct owner. Turning to the three bears could provide extra working capital in the short term but longer term new revenue will need to be found in order to rebuild and restore. US businessman Robert Sarver, who tried gallantly to buy Rangers last year before being rejected by the then board may return to the table and could offer significant long term investment but he wants full control of the club so it remains to be seen if King can strike a deal with him for co ownership.

With funding in place, the job of rebuilding can begin and first up is hiring a new manager. With Ally McCoist on gardening leave and his replacement Kenny McDowell handing in his resignation too, King needs to find someone who can lead the club forward. Stuart McCall, a former Rangers midfielder is the most likely candidate but the new board will not rush into an appointment stating the need for the right candidate is more important than getting someone in quickly. Once appointed, the club will focus on other staff hires including a new lead scout to build a scouting network and other coaching staff to help the new boss. Long term a Director of Football may be hired with Walter Smith the preferred candidate for Rangers fans. Whether there are roles given to former legends of the club like Richard Gough and John Greig is still to be seen but could happen as this would appease the fans and help strengthen the connection between the board and the supporters. After the appointments are all made, the focus will switch to repairs to the clubs training ground Murraypark and stadium Ibrox and then eventually the squad itself with a major overhaul needed. A new approach is needed that focuses on the long term health of the club and its new future.