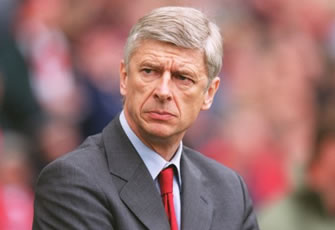 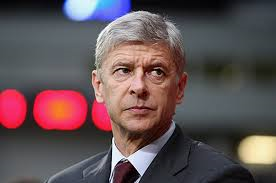 As the January transfer window prepares to open, clubs across the world will be thinking about how they will strengthen their team. At the heart of that decision is generally the manager but depending on what type of boss you have in charge of your team, any new arrivals will likely have to adhere to their preferences. No two managers are the same but certain bosses have easily definable characteristics that play a key role in deciding who arrives and who doesn’t. Here we look at four examples and highlight who could possibly be arriving at their clubs when the window opens.

More well-known as a wheeler and dealer, Redknapp’s history of signings also shows an interesting pattern. Redknapp like a lot of managers tends to go after the same players regardless of what club he is at, preferring to sign who he knows and trusts rather than experimenting with new players. It’s a smart move by the aging coach who has found success with this formula time and time again. His over use of players like Peter Crouch, Jermaine Defoe, Sandro and Niko Kranjcar who have all played for a club that Redknapp managed on at least two separate occasions allows the English boss be more comfortable and therefore better organized. Now at QPR and struggling for goals, despite a resurgence in form recently for Charlie Austen, Redknapp will spend the January window perusing a striker. It would be a fool to bet against that striker being either Crouch or Defoe and with the latter keen to end his MLS adventure, Redknapp may just get his man once again.

All in the details – Pep Guardiola (Bayern Munich)

Never one to rush a decision, Guardiola prefers to take his time and uses data to work out what his side needs. Meticulous planning, scouting and analysis of statistics and video footage are done in advance of any new signing. This tends to mean that whenever Guardiola signs a player they are successful at his club. Take Xavi Alonso for instance. Guardiola recognized that his team last year struggled (despite the successes it had) in the centre of midfield and he needed to find an enforcer who also had a high pass rate completion. His search led him to Spaniard Alonso who despite his advancing years was still statistically on of the best passers in the game. Once he had made his mind up, Guardiola swooped in and Alonso soon joined him in Germany. This season Alonso has become a vital clog in Bayern’s winning streak and has helped his team to increase its pass complete ratio, much to Guardiola’s delight. This January, with Bayern already way out in front in the league and in the latter stages of the Champions League, reinforcements are not necessarily needed. However Guardiola may decide to add a forward to the mix to take the pressure off of Robert Lewandoski and will be looking for someone who can provide something different from what he has already. The pacey Raheem Sterling of Liverpool fame fits the bill nicely but whether his stats match exactly to what Guardiola wants is still to be seen.

The easiest way for a manager to get the fans onside is to sign a glamorous player, someone with equal parts pedigree and panache. Van Gaal has already done this twice this season with the arrivals of Angel Di Maria and Radamel Falcao but will be looking to add one more in January to gain further fan approval and strengthen his position at the club. Having turned a troubled United side around in recent weeks, you could argue that this is mot needed however Van Gaal will know that he needs to strengthen his back line and by bringing in a star centre back he can kill two birds with one stone. January will be filled with rumours about potential central defenders that may move to United but Van Gaal will be cautious knowing that he needs to make it an important signing to have the right effect. A return to Old Trafford of former captain Nemanja Vidic who is struggling in Italy with Inter would certainly achieve this or similarly drafting in the highly rated Atletico powerhouse Diego Godin will have the same effect.

Patience is a virtue but for Arsenal fans patience can also be torture. For the faithful Gunners followers each transfer window under the incredibly patient Arsene Wenger can be a difficult time waiting to see if and when their manager dips into the market. Usually it happens last-minute as Wenger patiently waits out the chaos that surrounds the window. Whilst a clever strategy, it is also very risky especially leaving it till the last day as he has done in previous years. The signing of Mikel Arteta from Everton some three years ago almost never happened as administration issues nearly scuppered Wengers plans. This year, Wenger will likely continue as he has in the past with a last-minute buy to strengthen his side. Not happy with his current goalkeeper situation, a move for the safer hands of free agent Victor Valdes may seem like a logical step. However with Brendan Rodgers at Liverpool also eyeing up Valdes to replace the bumbling Simon Mignolet, Wenger’s patient approach may be his undoing come this January transfer window.

So what type of Manager does your team have? Let us know now on Facebook: www.facebook.com/BackOfTheNetBlog or on Twitter: https://twitter.com/BOTNBlog