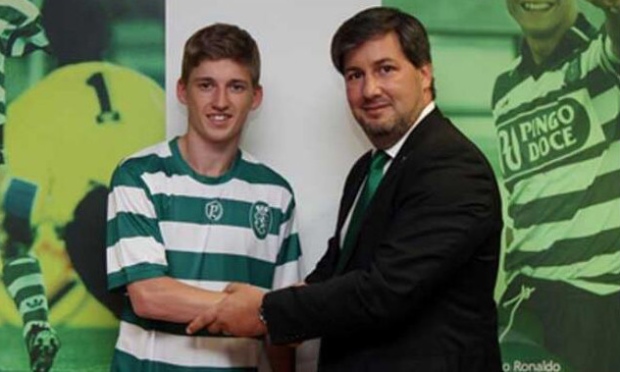 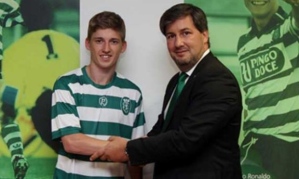 Once in a lifetime is how 18 year old Ryan Gauld described the opportunity to move to Sporting Lisbon. After completing his £3million move from Dundee United, the dazzling midfielder spoke to reporters at Edinburgh airport about his dream to play in Europe and how he couldn’t turn down this chance. Gauld is not fazed by the move nor feels under pressure to live up to expectations which bode well for his future career in Portugal. Sporting who beat several top clubs across Europe for his signature, are so confident in his ability that they slapped a €60 million release clause into his contract to warn off any future interested parties. Having lost Cristiano Ronaldo to Manchester United in 2003 for only €15 million, it’s understandable why they want to protect their investment in a player who has demonstrated on several occasions how talented he actually is.

Gauld’s transfer comes at a time when Scottish football appears to be turning the corner, with several new young players bursting onto the scene. Dundee United has been the epicenter for most of this talent, with Gauld joining Stuart Armstrong, Gary Mackay-Steven, John Souttar and Andy Robertson in the first team recently having all come through the youth ranks. All of this is welcomed news for Scotland manager Gordon Strachan who is rebuilding the national team after years of disappointment and heartbreak. With MacKay Steven already a full international and the likes of Jordan Rhodes continuing to improve at national level, the future looks bright for Scotland. Gauld has not yet won a full senior cap, restricted to Under 19 and 21 appearances only but his move to Sporting may expedite the situation especially given Scotland’s lack of creative influencers. In Gauld, Strachan may have a player who can become Scotland’s outlet of creativity for the next decade.

Gauld has lit up the Scottish Premier League for the past two seasons with his mesmerizing ball control and unique ability to drift away from defenders with ease. Watching fans may be inclined to compare him to the late Davie Cooper which is a fair tribute to the youngster given Cooper’s legacy. But Gauld is much more than just an imitation of Cooper, he is the real deal. For someone so young, Gauld possess amazing vision and can read a game like no other. At only 5ft 6in, his small stature gives him incredible close control and speed on the ball which is a nightmare for opposition defences, whilst his ability to interchange his finishing either with power or a side footed pass illustrates his range. Gauld is destined for greater things, with the dreams of a nation resting on his shoulders. Hardly surprising he has been dubbed Mini Messi. Like Messi, the pressure will be on Gauld to live up to those lofty expectations and not end up as another British failure abroad. Few Scots have succeeded abroad (John Collins at Monaco, Paul Lambert at Borussia Dortmund, Steve Archibald at Barcelona) but the rest have failed miserably. Given his personality and grounded approach, Gauld will be keen to prove his worth and pay back the faith shown by Sporting by giving his all from day one. His break into the first team will come and it will be up to him to seize it with both hands or face returning to Scotland as another flop. However anyone who has watch Gauld so far will know that this is unlikely to happen and Gauld will use this move to his advantage as he looks to build upon his career in Portugal. Share your thoughts below or on Facebook: www.facebook.com/BackOfTheNetBlog or Twitter: https://twitter.com/BOTNBlog. You can now follow us on Tumblr and Instagram as well!