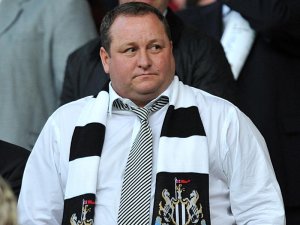 The calamitous situation unfolding at Ibrox should surprise no one as yet another diabolical chapter of Rangers history is written. In the latest twist, Newcastle owner Mike Ashley who current owns 8.92% of the club tighten his grip by injecting a £2million interest-free loan into the ailing club. This was in stark contrast to the apparent £15million rescue package put on the table by South African businessman Dave King or the £3million offer from Sale Sharks owner Brian Kennedy which was rejected in favour of Ashley’s investment. At the heart of this lies a boardroom battle that has plagued the Glasgow giants for over three years now since former owner Craig Whyte plunged them into administration. Rangers appeared to be on safer ground with the appointment of a new board containing former Manchester City executive Graham Wallace as CEO and accomplished financial guru Philip Nash as financial director. However as Ashley made his play for increased power at Rangers, both Wallace and Nash have been forced out of the club with the duo resigning in the last few days. This leaves the board with two empty slots of which it would appear that Ashley is keen on filling with his own men.

Step forward former Newcastle managing director Derek Llambias who has since flown to Scotland to hold talks with Rangers PLC chairman David Sommers and the football board chairman Sandy Easdale about filling the position of CEO at the club. Llambias has suggested to the media that he is one of several candidates that the club is considering to fill Wallace’s boots but few believe this is actually the case with Ashley now pulling the strings. The second position is likely to be filled by Stephen Mucklow, yet another close acquaintance of Ashley’s. Mucklow’s appointment will be less contested than the CEO role however given his background of failed businesses and various unknown involvements at a host of companies at present, it should be seen as the more contentious of the two appointments. The exiting Nash had a pedigree in football when he arrived at Ibrox having worked at Liverpool and Arsenal in the past as financial chief and it appeared to those close to the club that he was trying to resolve the clubs troubled cash flow problem. With Rangers still in financial peril, getting rid of the one man that could have stopped that from happening could be disastrous for the club.

Given the financial mess that Rangers are in, the question around why a £2million loan beat out more concrete offers for higher amounts (£3million and £15million respectively), with less stipulations needs to be asked? The answer is more troubling than many Rangers fans care to admit. The club is locked in a power struggle with Sandy Easdale as majority owner with 26% of the shares calling the shots. PLC chairman David Sommers appears to be only a puppet to Easdale who has entrenched himself with Ashley so deeply that the Newcastle owner now controls more of Rangers than a shareholder of less than 9% should. Not only does he own the naming rights to Ibrox, which he acquired in a dubious manner for only £1 but he also owns other Rangers assets and is further strengthen his grip on the club each and every day. Having signed an agreement with the SFA to restrict his involvement in Rangers to only 10%, it would appear that Ashley is exploring other avenues beyond share ownership to increase his control at Ibrox. SFA chief executive Stuart Regan has written to Rangers and to Ashley requesting information from both parties about the Newcastle owner’s involvement at the club and his future plans.

It is unclear exactly what Ashley is up to or why he has chosen Rangers as his next pet project but as a businessman at heart, money will principally be behind the move. By appointing both Llambias and Mucklow to the board, Ashley protects his investment and has influence over the forward direction of the club. Llambias has been quick to suggest that Rangers fans have nothing to fear from this wealthy owner and that he has the best of intentions for the club. However the last time they heard that statement was from Craig Whyte and we all know how that turned out. They have every right to be nervous as yet another shuffling of the pack happens at Ibrox, whether the cards dealt this time will be any better, well they will have to wait and see.