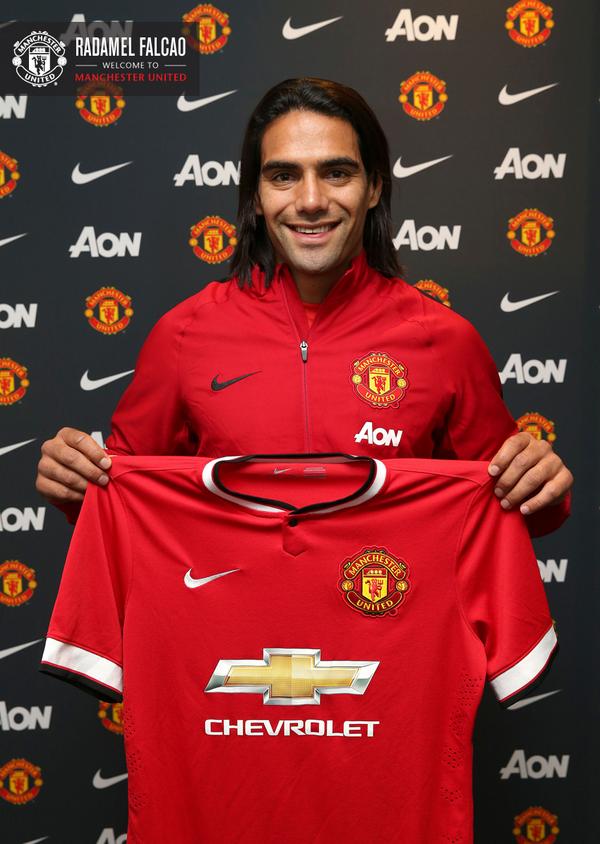 And breathe. After a breathtaking transfer deadline day which saw some surprise moves and a few shock transfers, fans can start to rest easy knowing that their team is safe, at least until the next transfer window in January. Many Manchester United fans will be celebrating today after the Old Trafford Club signed Colombian striker Radamel Falcao on a year-long loan deal. The former Porto and Atletico Madrid front man has been eyeing a move away from French club Monaco for some time now but many expected him to move back to Spain with Real Madrid the likely destination. However the striker is instead heading to Old Trafford, along with Dutch defender Daley Blind after an audacious transfer deadline day double swoop by manager Louis Van Gaal and executive vice chairman Ed Woodward who is desperately trying to make up for the mistakes he made last year. Falcao’s arrival at the club meant limited opportunities for England’s Danny Welbeck who decided to leave the club and join arch rivals Arsenal for a fee of £16million. Welbeck’s arrival at the Emirates was met with mixed reactions from the fans, with many pointing to the fact that they could have landed Mario Balotelli for the same money. Regardless Welbeck should give Arsene Wenger a new option upfront and much needed support for Olivier Giroud. Also leaving United was Javier Hernandez who moved to Real Madrid on loan, presumably not to sit on the bench there but to play more regularly than he was at United. He was joined in Spain by Alvaro Negredo who made the switch to Valenica again on loan.

Hull were one of the busiest clubs of the day signing four players including paying a club record fee for Abel Hernandez from Palermo as well as loan deals for Hatem Ben Arfa, Mo Diame and Gaston Ramirez. Southampton pulled of a couple of impressive deals as well signing Sadio Mane from Red Bull Salzburg and Belgian defender Toby Alderweireld from Atletico. The centre half is highly rated across Europe so for Southampton to beat a chasing pack shows how far they have come in the last five years. Harry Redknapp stuck with his tradition of big moves on deadline day as he reunited with midfielders Sandro and Niko Kranjcar at QPR. A move for Toronto’s Jermaine Defoe never quite came off but Harry remained upbeat despite this. Also on the move was James McArthur who joined Crystal Palace whilst George Boyd made the switch to Burnley from Hull. Spurs snapped up Montpellier’s Benjamin Stambouli whilst letting Zeki Fryers leave for Crystal Palace.

Elsewhere in Europe, the transfer window was fairly quite with only a few moves happening. Italian sides Fiorentina and Roma raided the Premiership for defenders, Micah Richards and Mapou Yanga-Mbiwa respectively whilst Hellas Verona decided to grab a striker instead in the form of Javier Saviola. Spanish champions Atletico strengthened upfront by signing Torino’s Alessio Cerci whilst Valencia let Helder Postiga move on a free to Deportivo La Coruna. In Germany Hamburg snapped up Spurs Lewis Holtby on loan and Brazilian defender Cleber arrives from Corinthians. Serie A saw the most activity outside of the Premiership as teams shore up their squads ahead of the new campaign. AC Milan completed the signings of Giacomo Bonaventura and Jonathan Biabiany whilst Sampdoria moved for Roma’s Alessio Romagnoli and Djamel Mesbah before the window slammed shut.

Falcao looks to be the most impressive signature of the deadline day but perhaps you disagree? Tell us now in the poll below who you think was the best signing of transfer deadline day.