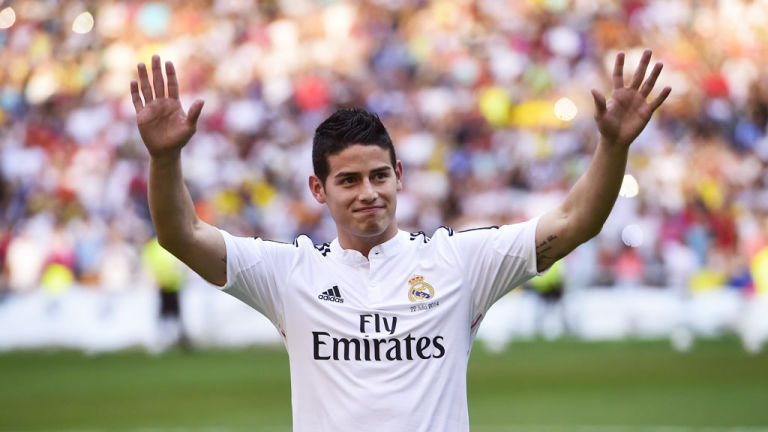 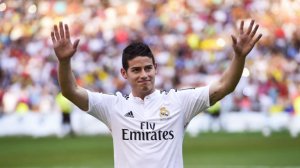 After a sensational World Cup that saw him score six goals in five games which earned him the golden boot, it’s hardly surprising that the name of James Rodriguez was on everyone’s summer shopping list. But with Monaco unwilling to let one of their prize assets leave unless their €80 million price tag was met, few clubs could realistically afford to bid for the Colombian star. That is with the exception of Real Madrid who seem oblivious to UEFA’s crackdown on financial overspending.

Rodriguez move to the Bernabeau caps off a stunning summer transfer period for the European Champions. Having already secured World Cup winning midfielder Toni Kroos from Bayern Munich for €30million and closing in on Rodriguez teammate and countryman Radamel Falcao, Real Madrid are adding quality in deep to their already impressive ranks. Manager Carlo Ancelotti did deliver the much coveted 10th European Cup in May in a stunning 4-1 win over neighbours Atletico Madrid but his failure to snag the La Liga title is seen as a black mark against his name. Now with funds at his disposal, the Italian coach is looking towards building a strong talented squad capable of delivering on three fronts – domestically in La Liga, in European with a defence of their Champions League trophy and globally at the Club World Cup. Rodriguez arrival, along with another World Cup star, Costa Rican goalkeeper Keylor Navas takes Madrid’s summer spending to over €120 million.

Barcelona have not been quiet either in this window as Luis Enrique looks to revamp his newly acquired squad. After taking over from Gerardo Martins in the summer, Enrique has wasted no time in strengthening areas of weakness. German goalkeeper Marc Andre Ter Stegen arrived as part of a pre arranged transfer and provides a viable long term replacement for the departed Victor Valdes. He will face competition from Claudio Bravo who arrived in the summer from Real Sociedad for €12 million.

Also arriving at the Nou Camp is Seville playmaker Ivan Rakitic. The skillful Croat had a fine season with the UEFA Cup winners and has been rewarded with a lucrative move to Barcelona. Also added to the pack is Jeremy Mathieu who joins Barcelona from Valencia for €20 million. The 30 year old French defender will help plug the hole left by Carlos Puyol’s retirement this summer. More controversially Barcelona have decided to sign Uruguayan bite machine Luis Suarez despite a four month ban handed down to him by FIFA for sinking his teeth into Italy defender Giorgio Chiellini at the World Cup. The fee is rumoured to be around €80million, some €20million shy of his contracted buyout clause at Liverpool. But it would appear as though the Anfield club had enough of their troubled star having supported him through his last ban. With no other suitors in the market, Liverpool were made a take it or leave it bid which they duly accepted. Suarez will not be available for his new club until November unless Barcelona’s lawyer can overturn his ban or have it significantly reduced.

With several weeks until the end of the summer transfer window, we can expect to see Real Madrid and Barcelona continuing their spending sprees as they prepare to wrestle back the La Liga title. And with Atletico Madrid struggling to hold on to its best players from last season and having already lost Diego Costa and Filipe Luis, the race for the league title may be back to a two horse race.