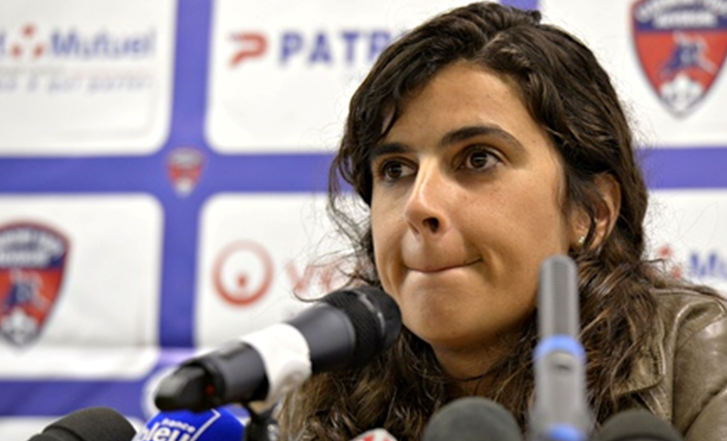 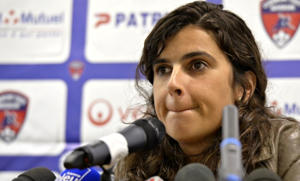 The departure of Helena Costa from Clermont Foot 63 only days after her appointment should be as disappointing as it sounds with football once again taking two steps back. Only a few months ago, we were praising Clermont for their forward progressive thinking in appointing Costa but now it appears as though we spoke too soon. After a cloud of mystery surrounded her departure earlier this week, the veil was finally lifted by Costa herself to reveal the backwards underbelly that still exists in the game. It would appear that she was the victim of sexism and job discrimination from various individuals at all levels at the club. The problems started when Costa arrived to find that several new players had been signed and that friendly games had been organized without her knowledge. Like any good manager, Costa looked for answers from her chain of command, firstly by contacting Olivier Chavanon, adviser to the club president Claude Michy.

“When I tried to get in touch with Olivier Chavanon, he declined to reply to emails and messages. In the five days before I was due to begin the job, he didn’t come back to me. By the time he did, I already had the information from the club secretary. I disagreed with the players being signed, but the only answer I got from him was that he was ‘fed up with my emails”

The response she received from him was somewhat distasteful and patronizing, telling her that her emails were boring him and that she should just accept what had happened. Can you imagine Chelsea’s Ron Gourlay writing such a remark to manager Jose Mourinho? The answer is no as this would not be tolerated at any other club. Angered by what she felt a lack of respect, she took up her discussions with Claude Michy, President of Clermont Foot but his responses did little to convince her to stay. Costa left the club claiming that her hiring was merely a publicity stunt by the club and nothing else. Whilst the conversations between Michy and Costa remain private, his comments following her departure are more disturbing and hint towards his sexist views. When quizzed why she had left so quickly, Michy stated:

“She’s a woman, they are capable of leading us to believe in certain things and then… She simply said, ‘I’m going.’ Was she scared? I don’t know. We couldn’t make her change her mind. She leaves with her secret intact. It appears that she suddenly had a crisis of confidence but I have no idea what might have upset her. I am not the first man to be deserted by a woman. ”

Costa refutes the claims about her lack of confidence, stating that her faith in her own abilities has never wavered and that she is ready to manage a team at the highest level. Her reason for quitting was based purely on a lack of support from what she saw as key figures at the club and the impact it would have on her ability to manage the team. Whether Michy ever truly believed that Costa was up to the job is up for debate or whether he saw her appointment as a way to generate more attention to his struggling club. Either way the negative PR surrounding Clemont after the revelations from Costa will make the forthcoming season difficult for Michy and his team. Costa on the other hand will need to pick herself up and believe that there is a club out there with different viewpoints than Clermont has. Her work to date demonstrates her ability to manage and hopefully a club recognizes this before too long, appointing her as head coach, not for a PR stunt but for the right one.