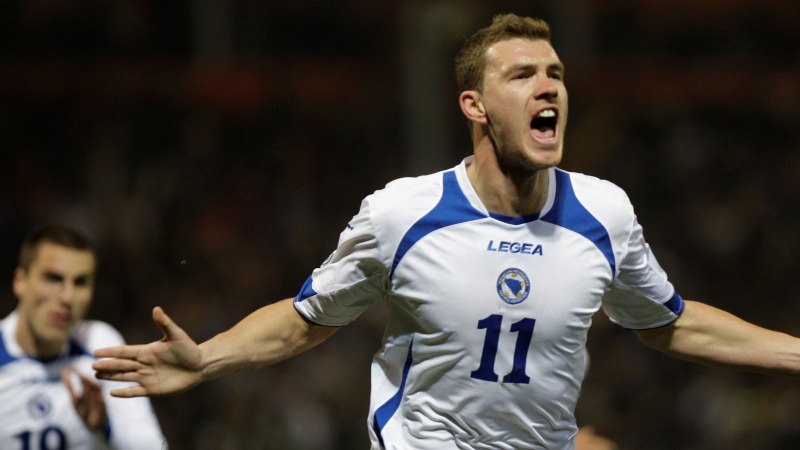 With the World Cup now on our door step, fan excitement is growing around the drooling line up of games ahead. Whilst matches like Spain vs. Holland, Germany vs. Portugal and England vs. Italy are grabbing the headlines, they may not be the games that truly define how the tournament finishes. Looking down the fixtures, there are five matches that given a variety of factors from timing, location and preparation could end up deciding the eventual winners of the groups and the World Cup as a whole.

Whilst Germany vs. Portugal will kick off the group, the match between Ghana and Portugal may end up defining it. If the US are as many suspect the whipping boys in the group with Germany running away with the top spot, the battle for second will be between a Cristiano Ronaldo inspired Portugal and a spirited Ghana side out to prove much. Ghana has every right to fancy their chances in this match given the various circumstances that will lead up to this game. The fitness of Ronaldo is a concern for Portugal who relies too much on the Real Madrid player to pull them out of difficult situations. Niggling injuries and searing heat may take its toll on the World Player of the Year. Fatigue may be an issue for Portugal going into this match given that a 4,500 round trip to Manaus to play the US is required before they play Ghana four days later. The Black stars on the other hand will be well rested having only travelled just under 900 miles and will have an extra day before they travel to Brasilia to face Portugal. Ghana is looking to build upon their quarter final appearance from four years ago and could prove to be the thorn in Ronaldo’s side that sees his team crash out of the tournament.

Roy Hodgson’s will be focusing on their matches against Italy and Uruguay, with little thought to Costa Rica. But that could be their biggest mistake with the South Americans explosive when under rated. Whilst not expected to qualify, Costa Rica could provide a stumbling block for England especially if their first two matches don’t go to plan. If England are heading into this match with no points on the board, they will be looking to score several goals against a side regarded as much weaker in order to give themselves a comfortable cushion if the group qualification was to come down to goal difference. But England will need to be wary of throwing too many men forward as this could open them up perfectly for Costa Rica’s counter attacking threat. Whilst ineffective at the back, Costa Rica has the pace of their forward line to fall back on, and against a now tired England side it may be the South American underdogs who snatch a goal and break English hearts.

For the hosts, there is no bigger game in the group stage than their second match against Mexico. Having likely swept past a weak Croatian side, Scolari and his men will now come up against an all different threat, one they know too well. Mexico, who start against Cameroon will be looking to show Brazil that they are no pushovers and will want to bring their rivals down with a bump. Mexico’s decision to pick Santos as their base camp for the tournament may prove to be the wrong one with three long haul trios to the north of the country in the group stage likely taking their toll. That said, by the second match Mexico should still be fairly fresh and with Brazil making the exact same journey, it will be a contest of skill rather than mental endurance. Brazil will be favourites going into the match much like they were at the Olympics Final in 2012 which will suit Mexico especially if they can provide an upset once again and shatter Brazil’s dreams. Both teams should qualify from the group, but this match will demonstrate to many just how far they can both go.

A repeat of the 2010 final between Spain and Holland in the opening match has many fans licking their lips but it may be Spain second match against Chile that provides the real fireworks. The South American outfit is one of the favourites to provide a shock with a wealth of riches throughout their squad including Barcelona’s Alexis Sanchez and Juventus star Arturo Vidal. This young energetic squad will likely stretch an aging Spanish side to its limits and an upset might be on the cards here. Chile are no pushovers with a strong physical backline being supported by Vidal and fellow central midfielder Marcelo Diaz. Both men will cause problems for Spanish duo Xavi and Iniesta, who prefer time on the ball which they will not be afforded against this tough tackling Chilean midfield.

For two time winner Argentina, the prospect of facing world cup newcomers Bosnia in their first match will not fill them with much pleasure. Historically slow out of the blocks, Argentina would have preferred to face Iran in their opener but now must plan for a physical battle with a team keen to give their entire nation back home something to smile about. Many believe that this could be Argentina’s year and will expect the forward line of Messi, Higuian and Aguero to start strongly with a handful of goals in their first match but breaking down the Bosnian backline will be a harder proposition that they expect. Bosnia are a strong attacking team too having scored 30 goals in qualifying but whilst marking Edin Dzeko may restrict the number of scoring chances they have, Bosnia could still sneak a goal and potentially a point from their first match.