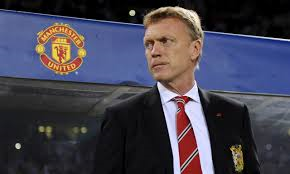 We have said it once and will say it again; club management is a mugs game. David Moyes sacking today is hardly unexpected given Manchester United’s current predicament but the lack of faith showing in him to succeed is somewhat concerning. When Moyes arrived from Everton, his reputation as one of the games brightest coaches was secure. Eleven years managing a club with limited financial clout and lowered expectations will do that for a coach but to be fair to Moyes, he made Everton into the top four team that Martinez is exploiting today. Without his years of grafting, Martinez would have inherited a mid to lower table club with its only desire to remain in the top flight. When the chance came to move to United, Moyes couldn’t resist but his expectations fell short when he walked through the doors at Carrington. What he found was upsetting to say the least, a squad on its way out, exhausted from years of punishment handed down by Ferguson.

He was partnered with a new chief executive Ed Woodward, a seasoned British accountant who had little to no experience dealing with football’s notorious transfer market. The summer came and went, with United only picking up Marouane Fellaini, a player once thought of by Moyes as the best in the business but only at Everton. Now at United, Fellaini was the fourth choice option but arrived due to the inability to secure other signings. You could tell from day one that Fellaini knew he was not the chosen one but at £27.5 million, Moyes knew he had to make it work which unfortunately for him it didn’t. Fellaini failed to spark whilst his teammates around him failed to show up, still exhausted from Ferguson’s reign. Once reliable workhorses like Evra, Ferdinand and Vidic looked beat from the first kick of the new season, a problem that Moyes could not and did not address. United suffered and points fell away, which in turn lead to a drop in pride and belief. Pressure mounted on the players and Moyes to turn it around but by December, it was starting to take its toll. After ten difficult months in charge, Moyes was dismissed. But is he really to blame?

Well not exactly. Moyes task was the same as running up a sand dune with a pile of bricks on your back. It wasn’t necessarily the man; instead it was the challenge he faced, an impossible task to continue where Sir Alex had left off. What he inherited needed rebuilt from scratch, a team in desperate need of repair, an engine so worn out that it struggled to finish last season. So why did the United faithful expect anything else? Well in truth the blame lies within, a club so blinded by recent success that it’s unable to process the evolution of football around them. United used to be the go to team for major signings, the transfer darling with an expensive arrivals in each window eclipsing all others. But in recent years, the Premiership has been flooded with foreign investment – Arab and Russian money competing against US and Asian monies for the title of top dog. In the four seasons before Moyes arrived, United spent only £164million on new players. A sizable amount but not compared to rivals Manchester City (£340.7m), Chelsea (£302.6m) and even Liverpool (£228.1m). During this period, United’s most expensive signing was 29 year old Robin Van Persie for a fee of £22m, whilst neighbours City paid the same amount or more for players on ten separate occasions. Chelsea too was outspending United buying four players for greater than the £22m. Even Liverpool spent more to bring in Andy Carroll and Luis Suarez. United’s financial muscle hasn’t been flexed enough in recent years and the effects are now being felt on the squad that is aging fast and lacking in quality. Outspent and outclassed, United struggled to compete and as previously stated only just made it over the line last season after an almighty push by the dynamic Ryan Giggs and Paul Scholes.

Moyes in truth was destined to fail from the moment he accepted Ferguson’s poison chalice. He is not solely to blame but did not help things with his soft approach to management. Whoever replaces Moyes will have an easier task, one without the pressure and expectation that Ferguson left. Moyes has reconfigured the bar and made United realize that significant rebuilding and reinvestment in the squad is necessary this summer. Expect United to be the top spender this season for the first time in five years as it revamps its first team. Moyes will retreat to his home to lick his wounds but will realize soon that the task he embraced was doomed from the start.