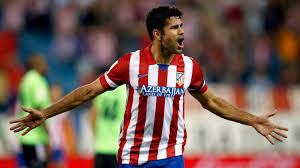 March is a crazy month. In the US, college basketball takes centre stage in its showcase tournament, affectionately titled March Madness. It was a term used in an essay by Henry V. Porter, assistant executive secretary of the Illinois High School Association in 1939 that corrected described the chaotic and passionate month of competitive basketball. The same term could be used for the month of March in football as teams step up a gear in their fight for glory or avoid the dreaded drop. In the EPL, Liverpool have continued their amazing run of results with blistering performances against Tottenham, Manchester United and Cardiff, scoring an amazing 22 goals in March. Chelsea maintained their chase but two defeats at the hands of Aston Villa and Crystal Palace has knocked their chances somewhat. Manchester City have struggled without Aguero but have picked up the points regardless. Out of the title race, Arsenal will have to be content with a possible FA cup win as they look to finish their season on a high.

In Spain, it’s very much a three horse race with Atletico Madrid giving Barcelona and Real Madrid something to think about. That race will go down to the wire with Diego Costa and Diego Simeone playing a pivotal role. Barcelona will be hoping to seal the title as a thank you to Carles Puyol, who is leaving at the end of the season. The Catalan club needs some good news to detract the attention away from an investigation that is currently ongoing into the transfer of Brazilian star Neymar to the club. In Germany, Bayern wrapped up another title, this time under the management of Pep Guardiola. Focus now turns to Europe and destroying a weakened Manchester United. Manager David Moyes can’t wait for this season to be over as his side continues to faultier.

Elsewhere history was made this month as Kosovo played their first ever FIFA approved international. The games against Haiti may have ended in a stalemate but Kosovo triumphed after years of struggling to be recognized. Another person looking to gain recognition is Elana Tambini, who is attempting to become the first ever female referee of a top flight game. She faces an uphill battle, not due to her talents but her sex, which in the modern game is an unfortunate state of affairs.

In other stories making the press this month, Alan Pardew’s moment of insantity when he headbutted Hull’s David Meyler earning him a lengthy ban. Also in trouble is Jack Warner, the former FIFA member now under investigation by the FBI on corruption charges. The inquiry could blow the lid off of FIFA and its back handed payments to its members in return for promised votes during the bidding process for the Qatar 2022 World Cup. The tournament itself needs an overhaul, much like the European championships is getting but perhaps not as extreme. Finally, this month we look back on the career of Serhiy Scherbakov, the speedy Ukrainian who dazzled in the early 90’s before a tragic accident ended his career. If it were not for the accident, Scherbakov would have gone on to become one of the world’s greatest ever players.

All these stories plus more featured last month on the blog but which one was your favourite? Vote now

Check out all these stories and more on the Back Of The Net Blog.