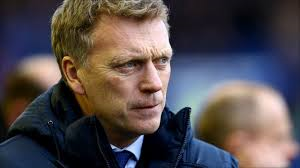 This week saw Manchester United fans finally lose patience with manager David Moyes, blaming him for their disastrous season so far and for ripping the heart of the club they loved. But in fairness to Moyes, the season that is unfolding may not have been avoidable given the state of “the heart” of the club when he picked up the reins. In truth, the heart as the club calls it was already on its last legs and was damaged so badly by his predecessor Ferguson that Moyes stood no chance of succeeding this year.

Ferguson had pushed the heart to its maximum over his tenure in charge and reaped the benefits. But towards the end, early signs that the heart was indeed damaged and in drastic need of a bypass was starting to become more evident. The squad was aging and badly, the famed youth setup which had born great players in the past like Giggs, Beckham, Neville and Scholes had dried up and United were facing a youthful opposition full of money and hope. Indeed in the last two seasons Ferguson leaned heavily on the likes of Giggs and Scholes, tempting the latter out of retirement, in order to get his team over the finishing line. Unfortunately they did so huffing and puffing all the way. The truth of the matter is that the team (or the heart) handed to Moyes in the summer was barely functioning but expectations remained too high for success to be possible. The heart was clogged, damaged and in need of repair. Moyes needed to perform emergency surgery during the summer but failed to do so. This is really the only thing that the United fans can blame Moyes for.

Anyone in doubt at how bad the situation was need only look at the squad handed over. At the back Evra is a shadow of the player he once was, whilst Rio Ferdinand is unable to stay off the injury table for anything longer than two weeks. Captain Vidic was arguably the best defender in the world five years ago but now looks short on pace and largely frustrated. His exit from the club has already been confirmed but comes perhaps a season too late. In the midfield, Scholes retirement left a gaping hole, and with Giggs moving to a coaching role, the task of plugging that hole fell to Carrick. He has struggled badly this year and whilst a long term injury to Darren Fletcher was cruel and unkind, United failed to solve a fundamental problem in the team.

Their replacements signed or introduced in the last few years by Ferguson have been anything but inspiring. Flops like Alexander Buttner, Bebe, Richie De Laet, Anderson and Zoran Tosic were all brought in to introduce youth and enthusiasm into the club but all proved unsuccessful in doing so. Players promoted through the youth ranks have also failed to reignite the team with the likes of Tom Cleverly, Rafael, Fabio and Federico Macheda all looking short of the grade. Only a handful of players have emerged from United’s famed youth system to with enough quality to impress, with Adnan Januzaj being the only bright light in what has been a dark season for the club. Moyes can no longer rely on the youth team for a new team; instead will have to look to invest what dollars they have on new talent. It’s ironic given where Moyes is coming from with Everton producing some fantastic talents like Coleman, Barkley and Garbutt in recent seasons and with a plethora of new players soon to be introduced.

The rebuilding process is already underway but is slow moving to say the least. Juan Mata is the one player of caliber to arrive (Fellaini has looked less than impressive since his move) but United know that they will have to make significant changes to keep up with the rest of the pack. Targets have been identified and major surgery planned for this summer but unfortunately for Moyes he may not be the one performing the operation. His time at the club may be over before it can begin, having been behind the driving seat for what has been United’s worst campaign in 20 years. Lagging behind in the league, out of both domestic cups and in danger of a Champions League exit this week at the hands of Olympiakos, Moyes season has gone from bad to worst. Sunday’s embarrassing 3-0 defeat to Liverpool highlighted the growing gap between the current United squad and the new pretenders and unless he can string together some respectable results in the next few weeks, Moyes may find himself looking for a new job. It would be an unfair end to a troubled season for the Scottish coach who has tried in vain to restart the stalled heart of United.