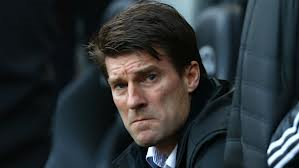 Running a football team is like running a business – you need to have the right people in place to build a successful future. At the top, the chairman has the power to influence these decisions but like most companies, he is not the one driving things forward. That falls to the men doing the day to day tasks and in football, that job falls to the players. However they need to be marshaled and given direction, a job that falls to one man – the manager. It’s the biggest job in football and the one that very few get to do but being a football manager is not easy. Judged game by game, point by point, life as a manager can be a brutal existence with few managers given the respect that they deserve or warrant.  It’s too easy for clubs to react when things aren’t going as planned and the usual reaction is to sack their manager and start again. Hardly the best way to run a business but for some reason in football it’s an acceptable practice.

The latest victim to field the axe come down on his head is Swansea boss, Michael Laudrup. The Danish legend had only been at the club since last summer, replacing the Liverpool bound Brendan Rogers but had acquitted himself well in that short space of time. He created an exciting team to watch with signings like Michu and Chico Flores proving to be pure inspiration. He not only steered Swansea to a 9th place finish in the league but also to its first ever major trophy, the League Cup capping off an incredible debut season in England. That in itself should have been enough for Swansea to treat Laudrup with prestige but instead they have kicked him to the curb without showing the man the respect he deserved. Worst still, Swansea did so without a reason or due cause given to him, something that Laudrup has taken exception to and is now forced into legal action. Jenkins is said to have been unconvinced that Laudrup could keep them in the Premiership which seems strange given three key reasons. Firstly yes results have not been on par with last season but Swansea are in no way the worst team in the league nor in fact one of the worst three. Survival would be dependent on the fixtures remaining and with a majority of them against fellow strugglers; Laudrup still had time to turn things around.

Secondly, Swansea has suffered this season through injuries to key players. The loss of Michu for a majority of the season would be a blow to any team but for Swansea it has disrupted the balance of the squad. A huge component of last year’s success chipping in 18 goals from midfield, Swansea needed him fit this season to continue with their good form. But with Michu missing for most of this campaign, Swansea has had to look elsewhere for inspiration and primarily to new star striker Wilfred Bony. The powerful front man has become a cult figure at the club and fans have been excited to see how the team fairs when Michu returns to support him. Finally, Swansea this season have been competing for the first time on several fronts, domestically in the various English competitions and also in Europe in the Europa League. Whilst their form in the Premiership has fallen down over the past few months, Swansea have made good progress in Europe and managed to qualify from the group stage in impressive fashion. Victories over Valencia and St. Gallen aided their progression with knock out matches against Napoli in the next round later this month their prize. As Newcastle showed last year, putting together a successful run in Europe with a bare thread squad can cause problems in the league but like Newcastle, Swansea had the players necessary to keep them up and the manager with the knowledge to guide them there.

But now Swansea faces an uncertain future. Jenkins was unconvinced that Laudrup, an experienced manager who has coached in Spain and Russia before his move to England, was not capable of keeping them up. Instead he has turned to Gary Monk, an untried and untested player who has aspirations to be a manager some day. Yes Monk is Swansea through and through but with no experience how is he expected to turn the clubs fortunes around? Surely not a logical business decision by the Swansea board and chairman Huw Jenkins. The decision to sack Laudrup at this stage in the season may ultimately be the reason why Swansea fails to survive and are relegated. It would cost the club millions in lost revenue and push them in a new direction for the club – less about growth and expansion and more about consolidation. Jenkins is taking a huge gamble by not showing faith in Laudrup and may have to face the consequences of his actions come the end of the season.