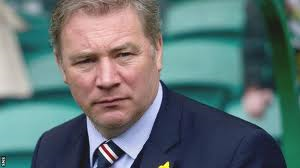 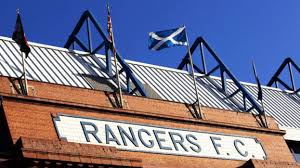 Shambolic. Ridiculous. Scandalous. However you want to name it, the situation at Glasgow Rangers is unbelievable given their recent history. The former Scottish Champions find themselves in yet another financial mess with reports suggesting that the club coffers are running on empty and by March they may be down to their last million. After clawing their way back from financial ruin three years ago, Rangers appeared to be on the mend and more importantly on the right path towards financial security.  However this latest twist in the never ending saga highlights that the club has not learned from past mistakes and that this mess could have been avoided.

Blame will be placed on the management of the clubs finances and in particular the less than impressive Brain Stockbridge who must take principle responsibility for the latest problem. He was responsible for managing the budget as Financial Director but is unable to tell the fans at the latest AGM how the £22 million raised from the clubs IPO float has been spent. With the club posting losses of £14.3 million last year, financial experts are baffled about the going on behind closed doors at Ibrox. Sanctioning a wage bill of £7 million for a League One club is insanity. Most clubs in the Scottish Premiership and indeed some in the English Championship are not paying that much. A budget of half of this should have been sufficient enough to build a squad capable of competing and escaping from that league. Given that Rangers turnover is rumoured to be in the region of £19 million, with total expenses including a total wage bill of £18 million, cuts need to be made and quickly.

In that past few days, the club has formally approached the players and asked them for an across the board 15% reduction in wages in an effort to avoid player sales. The proposal we rejected (and rightly so) by a group that still includes players like captain Lee McCulloch and Lee Wallace who obliged the last time the club was in peril. The players are not to blame for this mess but will be the ones made to suffer with either teammates contracts terminated or sold. Fan favourites Lee Wallace, Nicky Law and David Templeton will have the highest sell on potential and will likely be offered to clubs during the window whilst a decision on fringe players like Dean Shiels, Emilson Cribari and Steve Simonsen will need to be made swiftly by McCoist as he attempts to trim his bloated squad. Questions will be asked about the signings made in the summer and the need for them. Out of them Jon Daly and Nicky Clark look like good acquisitions that have provided the goals needed to help Rangers claim first place in the league whilst Bilel Mohsni has added steel to the back line. But as the club gallops easily towards the League title, questions are being asked on whether the new arrivals were actually needed. Last season Andy Little provided the fire power with other players like Templeton and McCulloch chipping in with other goals.  Why McCoist felt that this trio would not be able to replicate that this season is unknown but it could prove to be a costly mistake.

Ultimately it’s the desperation of the club to return to the promise land that is the Scottish Premier League that is crippling Rangers. But what is the rush? Yes getting back to the top league in the country offers a chance to restart the rivalry with Celtic but it’s not the money pit that the English Premiership is. Added into this the competitive nature of the league will prove a more difficult task and will result in Rangers needing to spend further to strengthen. With the money being spent now, the risk is that when they finally get to the Premier League, they will not have the resources to remain. Imagine planning a wedding, preparing for months only for the day to come and have the bride not turn up. Rangers face that realization if spending is not curbed.  They could be left standing at the altar without a real purpose, unsure why they rushed to get there in the first place.