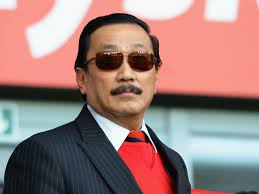 There was a positive vibe surrounding Ole Gunnar Solskjaer’s press conference at Cardiff’s training ground last Thursday. The former Molde manager was officially unveiled as the successor to Malky MacKay, who left after his much publicized clash with owner Vincent Tan. With the dust settling, Solskjaer and Cardiff City chairman Mehmet Dalman projected a new aura out to the watching media, as if a new dawn has come to Cardiff. All must be forgotten, the club needs to focus on what it does on the pitch rather than the noise off of it. The fans will take more convincing after what they witnessed over the past six months but a sincere apology issued by Dalman and the appointment of Solskjaer will go a long way to healing those wounds. The selection of the young promising Norwegian as their preferred candidate has been received well by the Bluebird faithful who are keen to see if he can instill his positivity into their club and turn around what has been a disappointing season so far. But the terms of his contract will slightly damped their hopes and ambitions as it appears not everything is as it is portrayed.

Usually the signing of a new manager comes hand in hand with a bumper contract, generally two to four years in length. But Solskjaer has committed to only 12 months with a rolling term attached to continue his adventure if all goes well. All being well is the concerning part for the fans who must be wondering which of the two parties, Solskjaer or the board requested such a cautious approach. If it was Solskjaer, then a closer examination of his words during the press conference may be needed. He talked openly about owner Vincent Tan’s involvement stating that his new employer was simply misunderstood and that not everything was as black and white as made out in the media. But noticeably he spoke about how Dalman had been the key person he spoke with not Tan in persuading him to join. He also stated that he is approaching this job with clear eyes and open eyes, hinting that he is aware of the concerns many like his old mentor, Sir Alex Ferguson had about the role. Solskjaer has full control of the team as indicated by Dalman but little was said about signings. Could this lead to issues for the former Molde boss?

The biggest concern is if the limited term of the contract was instilled by Tan and the Cardiff board, hinting that maybe they aren’t fully convinced that Solskjaer is the man to rescue them. Dalman worked hard behind the scenes to make things happen, pulling all the strings that eventually brought Solskjaer to the club. He smiled widely at the press conference and gazed at Solskjaer like a young lover, claiming that he felt like the “cat that had got the cream”. It was a revelation of respect by the Cyprus-born merchant banker who undoubtedly was the main driver in selecting the Norwegian. Tan’s absence however suggests that his feelings for Solskjaer do not mirror that of Dalman’s and that potentially he would have rather hired someone else. Given his recent record, where he sacked the accomplished Ian Moody as Head of Recruitment, only to replace him with a 23 year old friend of his son’s, means that it could literally have been anyone. Former England boss Sven Goran Eriksson was touted as an option before removing his name from the race as did a few other more established managers, who presumably were put off by Tan’s recent history at Cardiff.  It may have been the case that Dalman has had to tell his boss, Tan that his actions have tarnished the hopes of getting an established manager to take the job and that they were left with little option than to go for a younger manager with potential.  The next few months will show how Tan reacts to the new Solskjaer era at the club and if his acceptance of the new manager was in line with Dalman’s or in fact forced by his actions.

Relegation unfortunately is not an option for Cardiff and Solskjaer. If the club is to go down, the fans will likely blame the owner Tan for his interferences and the turmoil he has brought to the club. But it’s unlikely to be enough to save Solskjaer who will be dismissed by the owner, much in the same style that MacKay was. Tan after all is not a football club owner; he is a businessman who only sees profit and gain as measurements of success. A drastically devalued Cardiff that now presides in the Championship will be a noose around his neck and he will look to rid himself of the club he deems as a blip in his portfolio.  Cardiff need to remain in the Premiership to protect their long term future and the fans will be hoping that Solskjaer can work wonders to make that happen. For this young manager’s sake, becoming the savior of Cardiff may be the only route he can take.