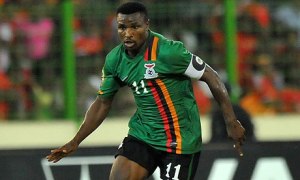 In January, the football world’s gaze is taken back to South Africa for the first time since the successful 2010 World Cup, for the 2013 African Nations Cup. Originally due to be held in Libya, the tournament was wisely moved to South Africa as conflict and war has torn Libya apart earlier this year. With less than a month away, the whole continent is looking forward to the start of the cup, with 15 nations aiming for success in one of football’s hardest to call tournaments. Last year’s surprise winner Zambia showed how open it is, beating a strong Ivory Coast, and in the process putting their players on the top of many clubs transfer wish list. Zambia’s success made household names of Emmanuel Mayuka, Christopher Katongo and Emmanuel Mbola, who were all key players in the team’s win.

But every player has to start somewhere and for a lot of children in the third world, football is an escape from the modern horrors of life. War, famine, drought, disease and poverty effect many countries across Africa, with children often caught in the middle. Many children dream of following their idols like Drogba, Eto’o, Essien, Adebayor and Kanoute to European football’s greener pastures. But for most, this dream never becomes a reality. Their football pitches at home are hardly green, often rocky and dry. Most children growing up in African can’t afford football boots or football strips. Some can’t even afford a football so have to make do with their own home-made footballs made from garbage and string. Companies have donated balls in the past but they tend to rip or deflate in the harsh climate and against rocky conditions.

It was seeing kids in Darfur, playing with one of these garbage balls that inspired inventor Tim Jahnigen to come up with a solution. What he created was a football that would never burst, would never deflate and most importantly never stop being a ball. In a brilliant piece by the New York Times, Jahnigen’s story from conception to build is written brilliantly. With a little help from a well-known friend, Sting, his idea came to life and soon his new indestructible balls were being purchased by UNICEF, Doctors Without Borders and other charity organisations to gift these balls to children across Africa. Even Chevrolet, the car manufacturer, is getting involved, agreeing to buy 1.5 million of the balls over the next 3 years to donate them to children.

Jahnigen’s indestructible ball invention has been put to the test and survived – mauled by lions, stamped on by elephants and driven over by cars, and still it sprang back into place. Investor Sting spoke of how impressed he was with the balls:

“Even on the harshest of terrain and in the worst of conditions, the ball could survive and the kids could still play. I said, wow, yeah, let’s make it.”

With orders pouring in, Jahnigen is struggling to keep up with the demand, especially as new areas of the world like India, Indonesia and Haiti look to his invention. It’s a nice problem to have as Jahnigen knows that there is nothing more important to these kids than playing. And who knows, in 20 years time at the African Nations Cup of 2033, we may be seeing the first glimpses of a new talented youngster who learned to play the beautiful game, thanks to Jahnigen’s invention.

To read the NYT article on Jahnigen, click here: http://www.nytimes.com/2012/11/09/giving/the-one-world-futbol-promises-a-lasting-source-of-fun-in-poor-countries.html?smid=tw-share&_r=0