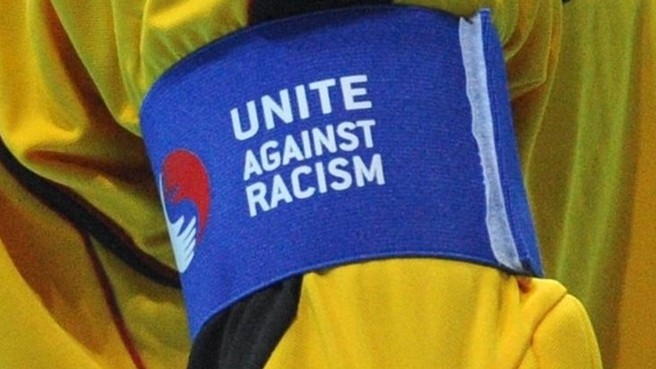 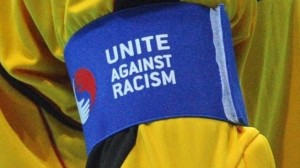 It was announced on Wednesday that CSKA Moscow will be sanctioned for last week’s controversial racist chanting towards Manchester City players during their Champions league clash. Their punishment… the closure of one of their stands but will this really stop abuse being cried out from the terraces?  In last week’s fixture which finished with a 2-1 win for City, Yaya Toure addressed the issue to the referee during the game yet no action was carried out by the official. Toure remained on the field for the remainder of the game but continued to talk about this issue after the game. During an interview, he commented:

“It was unbelievable and very, very sad on my part. As an African player it’s always sad to hear something like that. For me, as captain, I was wearing an armband which said ‘no to racism’ and I was totally disappointed by the fans”

He suggested after the game that either several stands or the stadium should be closed for a couple of games. In the end, UEFA agreed with this and under its regulations have gone ahead and decided to close one stand (section D) of the Arena Khimki for CSKA Moscow’s next home game in the Champions League which will be against Bayern Munich. If a second offence is committed in Moscow then this will lead to the closure of the stadium along with a fine of 50,000 Euros. Still, are these strong enough punishments to ‘kick out’ racism? Already this year there have been many examples of clubs breaching the expected standards:

There been three other cases of racist behaviour from the Europa League which begs the question: are the sport’s governing bodies, FIFA and UEFA being strict enough? Arguably in order to prevent this issue from reoccurring, the punishment should be made more fierce and dangerous for clubs to breach. Perhaps clubs could face lengthier periods of closures, removal of points or even expulsion from the competition. Although these precautions sound harsh, it’s a threatening consequence that would surely lead to the removal of racism from the game or at least the European cup competitions. This year there has been countless stories from around the world in regard to racism disrupting matches.

In January this year, Milan’s Kevin Prince Boateng walked off the pitch during a friendly with Italian fourth division side Pro Patria after suffering from racial taunts and monkey noises from the crowd. In this case, the referee responded by instructed all players to follow suit. In October 2012, racism took the spotlight again during an international under 21’s game between Serbia and England. Danny Rose and several other Black English players were racially abused by Serbian fans. UEFA did take action by banning four Serbian players and two of their coaches for two years. The country was also hit with a £65,000 fine and was ordered to play their next competitive Under-21 match behind closed doors. The penalty sparked furious reactions from the English FA who called the lack of punishment as deplorable and appealed the decision.

By intensifying the punishment, both clubs and countries will be forced to look into their fans behaviour and carry out intensive checks. Clubs may look into increasing the amount of security they have present at games or even removing certain fans from the ground indefinitely.  These ideas have been touched on before but whether or not clubs are prepared to execute such drastic measures is yet to be seen. Nevertheless, would losing a certain group of supporters be such a loss in revenue for the sake of the long term future of the game. Surely not.