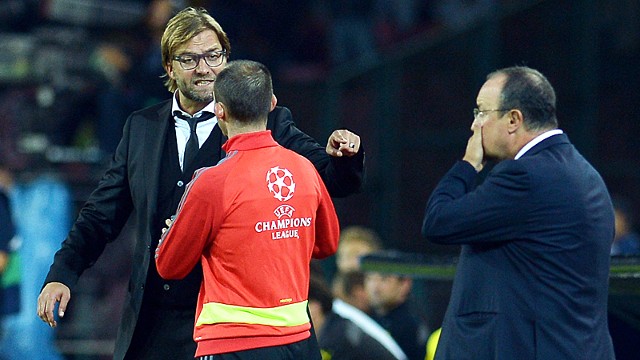 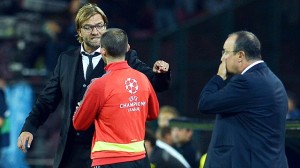 Last year’s Champions League runners up can be forgiven for wanting to kick off this year’s campaign with a win. After losing the 2013 trophy narrowly to arch rivals Bayern Munich, Borussia Dortmund traveled to Italy to face Napoli in their first group F match.  Dortmund, under the careful management of Jürgen Klopp have been in impressive form in the Bundesliga so far, winning all of their first four matches. Placed in a tough Champions’ League group with Marseille, Arsenal and Napoli, Klopp knew that three points against the Azzurri would lay the foundations for the path back to the final and potential redemption. As always his preparation was meticulous and with almost a full squad to choose from, Klopp was confident that all the bases had been covered to provide his team with the best chance of securing three points. But one decisive factor stood between his team and the win and it was one he couldn’t have factored in – the fourth official, Venâncio Manuel Raposo Batista Tomé.

It was early in the first half with the score at 0-0 when a clash of heads between Dortmund centre half Neven Subotic and Napoli striker Gonzalo Higuaín left Subotic with a gash to his left eye. Instructed by the referee to leave the field to receive treatment, Subotic duly obliged. The Dortmund medical team stitched him up and applied tape to stop the bleeding before trying to send the player back on. That is when Tome intervened. Rather than letting the player re-enter the match during a break in the play, the Portuguese official held on to Subotic as he looked for the referee to wave him on. With Napoli on the attack and a hole in the centre of defence where Subotic should have been, Dortmund were frantically trying to get the player back on. He was eventually waved on and proceeded to run at full speed towards the box and get back into position as Napoli left back Camilo Zúñiga picked up the ball on the left flank just outside the box. Zunga then delivered an in swinging cross towards the penalty spot to the waiting Higuaín, who hit a firm header past Roman Weidenfeller to put Napoli a goal ahead. This incensed the normally calm Jürgen Klopp as it was Subotic that was meant to be marking Huguain in the box. Out of position and on the back foot after running from the side lines, Subotic could not get enough spring in his jump to head the cross clear and prevent Napoli from scoring.

Klopp, frustrated at the role played by Tome in the delaying of Subotic’s re-entry decided to take out his anger on the fourth official, earning him a red card in the process. Things went from bad to worse as goalkeeper Roman Weidenfeller inexplicably handled outside the box to earn himself a red card just before half time. With Mats Hummel already having left the field moments earlier due to injury, Dortmund’s defence lay in tatters. Despite regrouping at half time, Dortmund were unable to get back into the match with Lorenzo Insigne eventually finishing them off with a spectacular free kick with twenty minutes to go.  Dortmund did pull one back through a wicked deflection from Zunga in the last few minutes but Napoli held on for a valuable three points.

To say Dortmund’s downfall was caused purely by the fourth official would be wrong as credit needs to be given to a resilient and exciting Napoli side, marshalled by former Liverpool and Chelsea manager Rafa Benetiz. Since the Spaniard took over in the summer, he has built an impressive team with the arrival of Pepe Reina in goal, Raul Albidol at centre half and striker Gonzalo Higuaín adding weight to an already strong team spine. But Tome’s decision to prevent Subotic from returning to the field at that moment may have been a deciding factor in the end result. With Subotic on the field to clear the ball, Klopp still in the dugout and Weidenfeller less incentivized to come for every ball, Dortmund may have been more of a challenge for Napoli. Klopp will now serve a touch ban, due to be handed down by UEFA shortly which will rule him out of a forthcoming Champions League match. Klopp should be back well before November and will be looking towards the return match in Germany with Napoli as his chance to carry out his revenge. From Klopp’s sake and Dortmund’s, they will be secretly hoping that Tome is not on hand that night officiating the match.