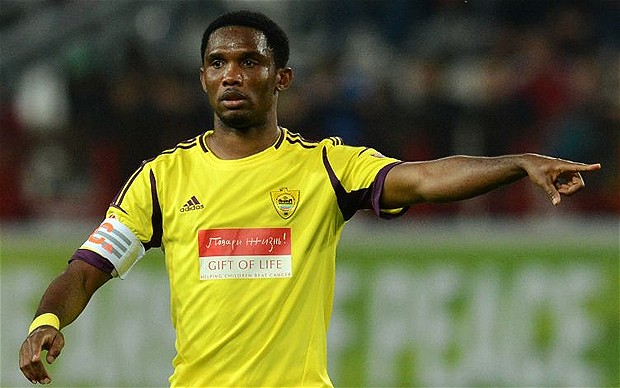 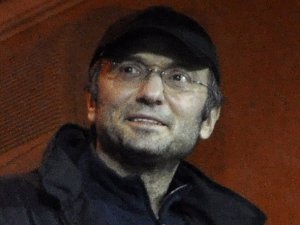 It was a project constructed to fail from the start but the decline of Anzhi Makhachkala has happened not because its wealthy owner has lost interest, but UEFA is forcing its hand as the governing body tries to grab back control of the game. Over the past decade, money (in particular from Russia and foreign shores) has threatened to tear apart the infrastructure of the game in Europe by the creation of uber wealthy clubs who can monopolize the transfer market. Chelsea were the first team to start to see this influence when Roman Abramovich took control in 2003 but many have followed with clubs across Europe benefiting from an influx of cash and increased spending power. It has become a billionaire’s playground with clubs like Manchester City, PSG, Monaco, Zenit St Petersburg and Liverpool all being purchased as investment opportunities with the scope of creating world dominating teams through heavy spending and marketing initiatives. Anzhi’s owner Suleyman Kerimov too dreamed of creating the world’s greatest team that would rule Russia as well as Europe but UEFA’s recently introduced financial regulations look to have pulled the plug on his ambitions plans.

The brainchild of UEFA president Michel Platini, who upset at what he defined as exuberant spending by clubs (ironically in reference to Anzhi as well as Manchester City and PSG), introduced new guidelines prohibiting clubs from living beyond their means, capping their spending power in line with their profit margin. In other words, as of 2015 clubs will be restricted from spending more money than they can generate from player sales, ticket sales, merchandising and other cleared revenue sources. Clubs found guilty of spending above these limits will be fined and banned from European club competitions, potentially including the league that they currently play in. This would have devastating effects on clubs so most are looking at ways to fall in line with the new guidelines before the start of next season.

After the announcement, Platini spoke about his reasoning’s on why this move was so significant to the long term health of football across Europe:

“Fifty per cent of clubs are losing money and this is an increasing trend. We needed to stop this downward spiral. They have spent more than they have earned in the past and haven’t paid their debts. We don’t want to kill or hurt the clubs; on the contrary, we want to help them in the market. The teams who play in our tournaments have unanimously agreed to our principles…living within your means is the basis of accounting but it hasn’t been the basis of football for years now. The owners are asking for rules because they can’t implement them themselves – many of them have had it with shoveling money into clubs and the more money you put into clubs, the harder it is to sell at a profit”

Anzhi knows that with current costs per season sitting at $180million and revenue potential at between $50-70million, they have a long way to go to be compliant with the new regulations. That has forced Anzhi boss, Suleyman Kerimov into making some rapid changes including a fire sale of his expensively acquired squad. Top of the list is star striker, Cameroon’s Samuel Eto’o, who is on a whopping $350k per week at the club. Bought in 2011 shortly after Kerimov took control of the club, the sale of the now 32 year old Eto’o would shave a massive $20million off of the current costs but with only a collection of clubs able to afford his wages and all of them looking at making financial savings, it may not be as easy to get the striker off the books. More likely will be the departure of key players like Christopher Samba (yes, he returned to Anzhi after only 6 months at QPR for $12million), Brazilian trio Willian, Ewerton and Jucilei as well as Moroccan Mbark Boussoufa and Ivory Coast striker, Lacina Traoré, all of which are on high weekly wages. The vultures are already circling about Makhachkala, keen to pick up a bargain or two but with Kerimov keen to get as much value as possible for his stars and still retain a squad capable of competing, these players will not be allowed to depart for cheap. Kerimov has looked at other ways to slice costs and has already made several changes including two managerial adjustments. The sudden departure of Dutch legend Guus Hiddink in June is now starting to make a lot of sense, as it cancels his $6million a year contract. In his place, former Manchester United coach René Meulensteen was appointed but he lasted only 16 days before being axed in favour of Russian Gadzhi Gadzhiev, presumably as he is more likely to follow the orders of Kerimov and club chairman, Konstantin Remchukov who has been given the unenviable task of overseeing the reduction of the wage bill. In a series of tweets, Remchukov has eluded that his mandate is to adjust the makeup of the club to secure its long term future whilst maintaining a squad capable of competing. No statement was made about Meulensteen’s departure but many suspects that the new manager is on considerably less than the departing Dutchman.

It’s hardly surprising that the club finds itself in this situation after three years of exuberant spending and trying to build something that wasn’t sustainable. Before the purchase in 2011, Anzhi was a struggling team in the Russian leagues, playing their home matches in the war torn region of Dagestan. Geographically removed (it’s a two and a half hour flight to Moscow) and with a population of just over 500,000, creating a footballing dynasty in this small pocket of the former Soviet Union was never going to be easy. Despite paying very little for the club (reportedly only $1.6million), the revenue potential was always going to be restricted due to the reluctance of people moving to the region. In addition, the continuing war meant that the team could not reside in Dagestan, instead having to live in Moscow and commute on match days for home games, under heavily armed guards of course. As Kerimov’s home town, it is understandable why he chose to invest in Anzhi but as a business, it made very little sense. Now his dream is falling apart as he strips back his team to the bare bones in order to comply with the rules. It’s surely only a matter of time before he does become bored of playing with his expensive toy and drops the club, spinning it into further peril. The club won’t comment on how many players will leave at this time but if Kerimov interest does start to dwell, Anzhi could see all its players leave as the club folds under pressure from UEFA’s mighty hand.