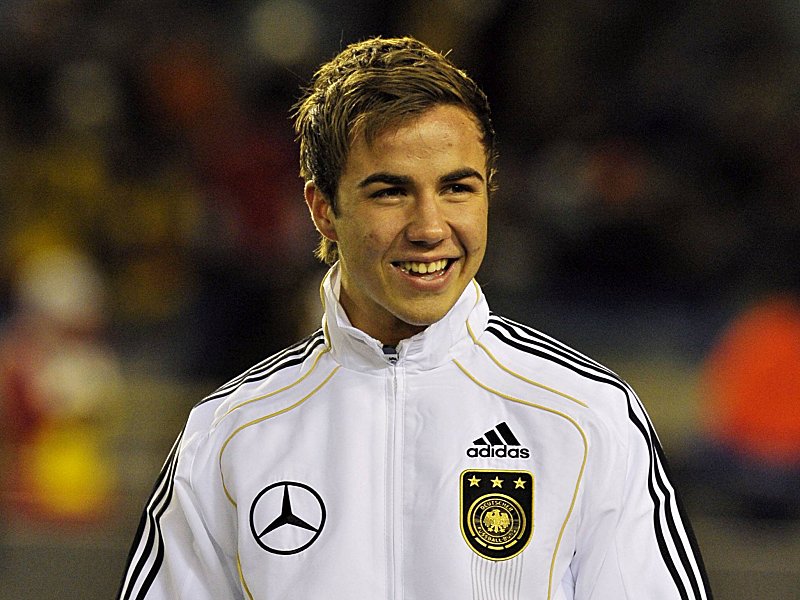 Jupp Heynckes might still be in the hot seat but the Pep Guardiola revolution at Bayern Munich has already started with the Spanish coach making his first move in the transfer market by splashing out a new record German fee for Borussia Dortmund’s Mario Gotze. The pacey winger has been a revelation for his team over the past three seasons after Dortmund manager Jurgen Klopp promoted him from the club’s youth setup but will join Bayern when the current season ends. Bayern have agreed to pay a record breaking £31.5m to sign the Germany international in a move which formally kicks off a new era at the club following the appointment of their first ever Spanish coach.

Gotze joins the club at a time of transition with Guardiola likely to adjust the team to his liking. Suspected departures include the aging trio of Daniel Van Buyten, Anatoliy Tymoshchuk and Claudio Pizzarro and the second string pairing of Luiz Gustavo and Rafinha in favour of some fresh young blood, in a similar mold of Gotze. Bayer Leverkusen may be bracing themselves for a double bid from Guardiola for Andre Schürrle and Lars Bender whilst Borussia might not have seen the last of them as they circle back for prolific striker Robert Lewandowski and defender Mats Hummel. Similarly the form of Freiburg defender Oliver Sorg, Eintracht Frankfurt duo defender Sebastian Jung and midfielder Sebastien Rode as well as Bochum’s rising star Leon Goretzka will not have gone unnoticed to the Spaniard who will look to bring in exciting German talent into his already impressive squad. Guardiola will also look to other shores to strengthen with likely candidates being the controversial biter Luis Suarez, Barcelona’s Thiago and Newcastle’s Cheick Tiote whilst also looking to promote exciting youngsters from the youth setup into his first team.

But Gotze is and will be the glamour signing and what a signing they have made. Comfortable on both wing and possessing breathtaking speed and close control, Gotze is one of the most exciting young players in the game today. Over three seasons, the twenty year old has scored twenty two goals from wide positions and created countless more on route to back to back domestic league titles in 2010-11 and 2011-12. Seen as one of the best products of the Borussia youth setup for decades, Gotze is now one of the first names on Klopp’s team sheet and a fully fledged member of Joachim Low’s national squad too. The news of Gotze’s decision to leave and Bayern’s purchase (having activated a release clause in his contract) has upset the talented Klopp but the Dortmund boss holds no animosity towards his star player, despite his somewhat sarcastic response to the media when questioned over the transfer:

“Gotze was the player Guardiola wished to sign. So if it’s anyone’s fault it’s mine. I cannot make myself 15cm smaller and learn Spanish. Gotze wants to work with this extraordinary coach that is Guardiola. I cannot preach football of quick transitions and now start playing Tiki Taka. Mario knows he owes a lot to the club, but I know he gave a lot back as well”

Klopp knows he has lost one of his best players to the clubs biggest rivals which will hurt for some time but he will start the rebuilding process in earnest as he looks to re-strength his squad ahead of the new season and a new title challenge. He will also be looking forward to testing his skills against one of the best coaches in the world in Guardiola. Munich will be stronger than this season and Dortmund know they will need to be up to the task if they are to peg them back. Munich have been in dazzling form this season, losing only once to Bayer Leverkusen (an 87th minute strike by Sidney Sam ruined their chances of an unbeaten season) and conceding only 14 goals. Guardiola could not have dreamed for a better time to take charge of a new club, especially one that is flying so high this year.

As Heynckes prepares to vacate his position, the legacy that he leaves to Guardiola may well include a Champions league title after a convincing 4-0 victory at home to Pep’s old team, Barcelona in the first leg of the semi finals of that competition put them in a commanding place. But that will matter little to Guardiola, who has won the same event twice as a coach already and is looking more towards the future of the club and its next metamorphism. No transition can start without the initial spark and it appears as though Gotze is that spark. Guardiola’s Bayern revolution is firmly underway, even before he arrives in Germany. The fans will demand success and Guardiola will want to deliver it, that is with the help of his new Messi, Mario Gotze.