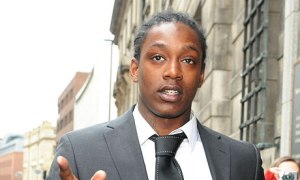 When Nile Ranger burst onto the scene at Newcastle during the 2009 season, the fans took to him instantly. As a tall yet gangly striker, Ranger gave Newcastle something that they had craved for a while – a forward who showed no fear. The Newcastle faithful, still hurting from relegation some three months before and now facing up to life in the Championship, were in need of inspiration and when Ranger stepped from the bench in the 84th minute against West Bromich Albion, they got the boost that they desperately needed. This was the first crop of a new generation of Newcastle players, fresh from the youth team and ready to give it all to get Newcastle back into the Premiership. Three weeks later, Ranger started his first game for the club at senior level and did not let the opportunity pass him by, picking up the man of the match award and gaining a standing ovation from the fans as he left the park. The future looked bright for the 17 year old but now only four years on, Ranger is on the football scrap-heap and looking for a new club.

Brought in during the ill-fated Dennis Wise era on a free transfer, Ranger looked at first like a great piece of business by the club. In his first season in the youth and reserve teams, Ranger impressed finishing the season on 22 goals between the two levels. It was good enough to earn him the Wor Jackie Milburn Trophy and a bumper three and a half-year deal. But the truth about Ranger is that whatever he did on the pitch, wasn’t enough to cover for what he did off it. Born in North London, Ranger had a tough life growing up and attributed his early mistakes to the wrong associations.These mistakes as he calls them resulted in Ranger spending time behind bars when he was only fifteen for armed street robbery. He served 11 weeks and was almost released by Southampton because of the incident but they decided to give him a second chance. After serving his time, he returned to the club but staff noticed a change in his attitude and eventually did release him, citing his bad reputation as the cause.

Wise, not short of controversy during his playing career, offer Ranger a way back into football if he could stay out of trouble off the park. Ranger accepted and joined the club but unfortunately the troubles followed him. Having helped Newcastle back into the Premiership and played a bit part in their first year back in the league, Ranger looked to have turned the corner. He was living a quieter life and more importantly keeping himself out of trouble. He was rewarded again by the club at the end of 2010 with a new five-year deal and a significant pay rise which would end up being the unravelling of the youngster. Still only 20 years old and with more money and time than he knew what to do with, Ranger found himself partying more and drinking more. In August 2011, just weeks after the new season started, Ranger was arrested for assaulting a man in Newcastle and leaving him unconscious in the street. A month later, he was arrested again for being drunk and disorderly in Newcastle  and later found guilty. The players obsession with his past life also rang true as he found himself in trouble with the club for posting a picture of himself with a replica gun. Manager Alan Pardew, rightly angry at the situation, banished him to the reserves for not setting a good example to the younger fans.

It would not be the last time that Pardew and Ranger clashed as the player found himself in deep water. With the managers patience wearing thin, Ranger continued his disruptive behaviour resulting in him being arrested once again for criminal damage and then investigated by the club for homophobic remarks on twitter. Loan moves to Barnsley and then to Sheffield Wednesday were less than successful in their attempt to prevent further trouble from finding Ranger. The final straw that broke the camel’s back was when Ranger was recently arrested on suspicion of rape. Ranger’s contract was terminated on mutual consent by the club last Friday with the player taking to Twitter the same day saying simply that he was happy. Ranger’s attitude appears to be somewhat foolish and unaccepting of the blame for what has happened. Ultimately he is to blame for the state of his career and the predicament he finds himself in. Ranger is at a cross-road in his career – either change his ways and focus on getting back playing or give up his football career for a road less travelled. Newcastle and Southampton have tried in the past to help him but ultimately the player is responsible for what happens to him.