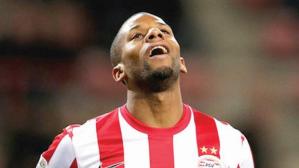 With less than three months left in the various domestic leagues across Europe, the time has now come to see who will end the year as a champion and will fall short. After months of tinkering with formations, two transfer periods and a wealth of analysis of opponents strengths and weaknesses, the gauntlet is thrown down and its a flat race to the finish. The race began in many countries with a handful of potential champions elect but now only a few have pulled ahead and are fighting amongst themselves for the glory of top spot. In this fight, passion and determination to be better than your opponents overtakes rationale and composure. On the pitch tempers frail but occasionally they follow players and managers off it. This is understandable given the immense pressure applied, not only by the fans but by the clubs owners, coaching staff and media. The hype that exist overrides reasonable explanation as the race becomes about life or death. Nothing but success will appease the masses and prevent the worst from happening.

Such pressure to win and the desire in the players not to let the club down can make the quietest of players overreacted and do something quite out of character. Take as an example PSV’s Jermain Lens actions during and after the recent match between his club and title rivals Feyenoord. Both teams, along with Ajax are fighting it out for top spot in the Eredivisie with less than 10 games left to go in the season. During a thrilling match, where Lens had given PSV a first half lead only to watch them be pegged back then lose the game, curtousy of strikes from Ruben Schaken and Graziano Pellè, the striker lost his temper on a few occasions. Lens was caught up in a series of on field battles with Feyenoord defender Joris Mathijsen that looked to have calmed down by the final whistle. However as Mathijsen came up the tunnel towards the dressing room, Lens took the opportunity to reignite the feud and lunged for the player resulting in a mas brawl between the two sides. Its unclear what was said by Lens or by Mathijsen but what is clear was the frustration that Lens felt at losing the game had boiled over and he was taking his anger out on the Feyenoord defender.

Feyenoord manager Ronald Koeman looked unimpressed by the situation but his decision not to react shows his experience of the game. He simply waited for the situation to die down and then accepted the handshake or PSV midfielder Kevin Strootman as a sign of peace between the two clubs. Koeman, who during his playing career, had a habit of winding up opposition players, knew that Lens frustration was not with Mathijsen but with himself and his teammates for losing the game.

The incident has blown over with little repercussions to either player being dealt out by the clubs, although the Dutch FA are looking into what happened and may take action. Regardless of that, there will be no ask for forgiveness or request for a handshake at their next meeting by the clubs. Instead both players will go about their jobs as if nothing has ever happened as they know they have bigger fish to fry. There is a title to be won, points to be gained in the next few matches so focus is needed. Under that focus will burn the passion and desire to exceed all expectations and win. That is what drives the players, that is what caused this incident and that is what makes the closing few months of any domestic season all that much more interesting to watch. After all without passion, it’s just a game. That is something we can’t allow.